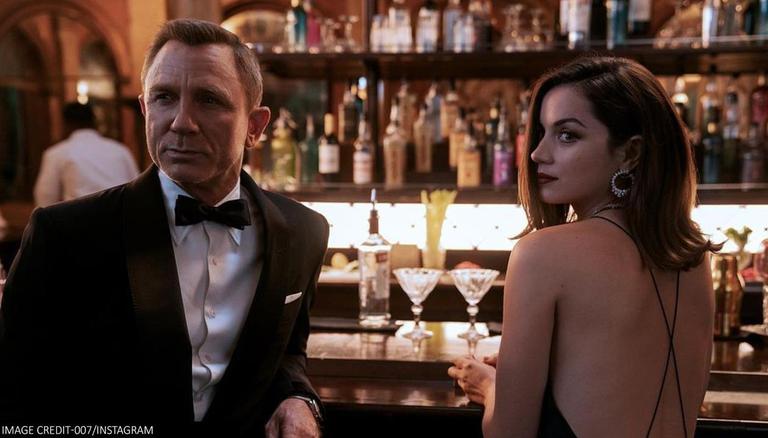 
Fans of the upcoming James Bond movie No Time To Die have a reason to rejoice as the upcoming film gets a new release. Clearing the air of speculations regarding the release date of the film and squashing all rumours of another postpone, makers announced the good news on Twitter.

No Time To Die gets a release date

The Twitter handle of James Bond informed that the red carpet world premiere for the Universal Pictures and MGM film would take place in London on Sept. 28, ahead of the planned Sept. 30 release date in UK movie theatres. It is due to be released in the United States in October. 8. The date for No Time to Die has been moved three times from its original April 2020 slot since the outbreak of the pandemic in March 2020 as movie theatres around the world closed their doors and restrictions were placed on audience capacity.

“The World Premiere for #NoTimeToDie will take place on Tuesday 28 September 2021 at London’s @RoyalAlbertHall. Producers Michael G. Wilson, Barbara Broccoli, and director Cary Joji Fukunaga will join Daniel Craig on the red carpet,” the tweet read. The James Bond movies have always had a theatrical release with a huge fan following worldwide. The spy film is the 25th instalment in the James Bond film franchise. Actors like Lashana Lynch, Billy Magnussen, Ana de Armas, Dali Benssalah, and David Dencik will be joining the crew. The film directed by Cary Joji Fukunaga stars Daniel Craig as James Bong along with Léa Seydoux, Naomie Harris, Ben Whishaw, Rory Kinnear, Jeffrey Wright, Christoph Waltz, and Ralph Fiennes who will reprise their roles. Rami Malek will be seen playing a negative role. The release in India will depend on the pandemic to ease and theatres to reopen.