Welcome to Republic World's Oscars 2020 live blog.Twenty four categories, hundreds of nominees and one trophy to rule them all! Let's dive right into live updates from Hollywood's biggest night

Welcome to Republic World's Oscars 2020 live blog.Twenty four categories, hundreds of nominees and one trophy to rule them all! Let's dive right into live updates from Hollywood's biggest night
'Parasite' for the win!
2 weeks ago | February 10, 2020 10:01

It's official! Renée Zellweger wins Best Actress In A Leading Role for 'Judy'

The Oscar for Best Director goes to Bong Joon Ho for Parasite!

It's official, Joker wins the Oscar for Best Music at the 92nd Academy Awards.

Bombshell receives it's first Oscar for Make-up and Hairstyling.

It's official! The Oscar for Best Visual Effects goes to war drama film, 1917

The Oscar goes to Ford Vs Ferrari for Best Film Editing

It's official! The Oscar for Sound mixing goes to 1917

It's official! The Oscar for sound editing goes to Donald Sylvester for Ford Vs Ferrari

It's official! The Oscar for Best Actress in Supporting Role goes to Laura Dern for Marriage Story 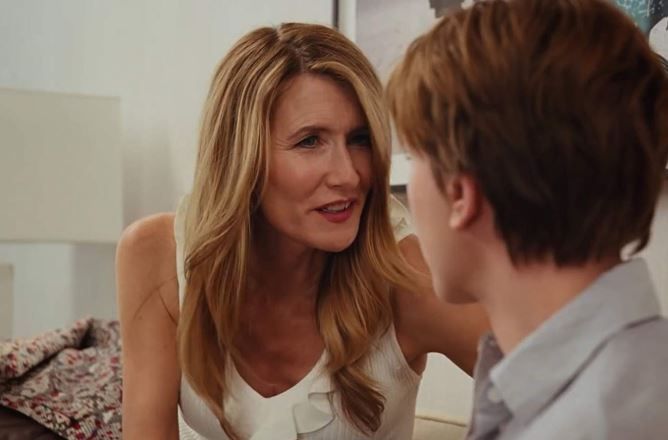 It's official! The Oscar for Best Documentary Short subject goes to Learning to Skate Bord In A War Zone (If you're a Girl)

It's official! The Oscar for Documentary Feature goes to American Factory. 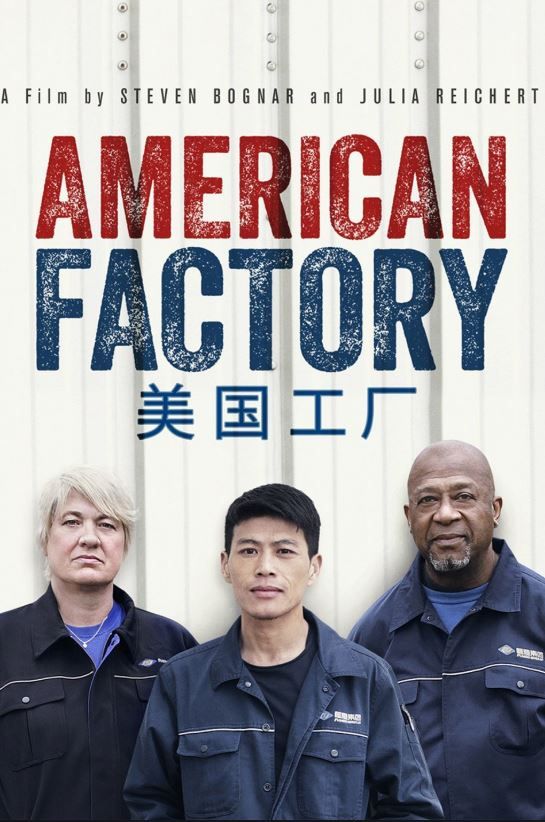 The Oscar for Best Adapted Screenplay goes to Jojo Rabbit at the 92nd Academy Awards.

As Brad Pitt wins the Academy Award for Best Supporting Actor for his stellar performance in Once Upon a Time in Hollywood. As he takes the prestigius Award home, below is a line from his speech.

A few words from a winner… #Oscars pic.twitter.com/mYoDJyLVCp

It's official! The Oscar for ' Best Actor in a supporting role' goes to Brad Pitt for Once Upon A Time in Hollywood

Priyanka Chopra informed that although she would not be able to make it to the Oscars this year, she would definitely be watching the show along with the viewers. Read her tweet below-

Couldn’t make it to the #Oscars this year but I’ll be watching with you! 🎞 Lemme know who you’re rooting for! #PCOscarParty

The Irishman actors Al Pacino and Robert De Niro turn up together on the grand stage. Watcch below-

Pop sensation Billie Eilish makes a stunning entrance on the 92nd Academy Awards. She is all set to perform at the show too. 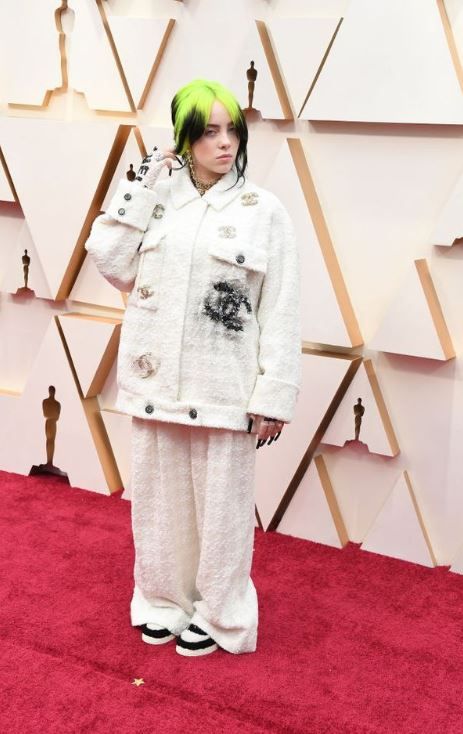 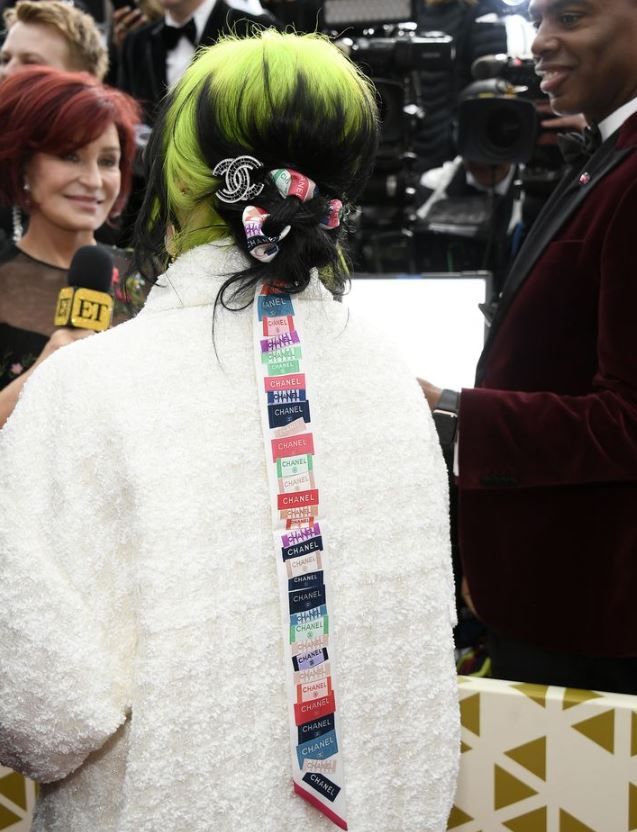 An evening of glitz and glamour at the Dolby Theater at Hollywood, Los Angeles, the Academy Awards is certainly one of the most coveted awards not just for artists from the industry, but also for cinema lovers from all over the world. The event also promises a plethora of trends and desirable looks that celebrities rock on the red carpet. Basically, every moment of this show goes down as a chapter in history.

Excitement levels for the winners among the nominees are at an all-time high as the competition for the trophy is literally neck-and-neck this time. Selecting a winner from a number of films and actors that have already won big at different awards shows until now, is going to be one hell of a task.

The nominees for this year's Academy Awards are spread across twenty-four categories and have the best of all cinema from across the world. Joaquin Phoenix starrer psychological thriller Joker has dominated the list of nominations with its name in 11 categories while Martin Scorsese's crime drama The Irishman and Sam Mendes' war drama 1917 have bagged 10 nominations each. Tarantino's Once Upon A Time In Hollywood-- an ode to the American film industry starring Brad Pitt and Leonardo DiCaprio also has a total of 10 nominations across different categories. Korean language black comedy thriller  Parasite directed by Bong Joon-ho is the surprise package that has made a blockbuster entry into the Best Picture nominations this year. Joaquin Phoenix and Adam Driver are easily among the top contenders for the Best Actor for their respective films Joker and Marriage Story, whereas Scarlett Johansson and Renee Zellweger have a close competition for the Best Actress award for their films Marriage Story and Judy respectively.

Some memorable performances by musical legends known for their vocal talent have been planned for the event. Actor-musician Cynthia Erivo will be performing the "Stand Up" form the 2019 film, Harriet. Grammy and Oscar-winning musician Elton John will perform the Oscar-nominated "(I'm Gonna) Love Me Again" from the Rocketman soundtrack. Actor Idina Menzel will be performing the Oscar-nominated "Into the Unknown" from Frozen II and will be joined by a few special guests, including Norwegian musician Aurora and the voices of Elsa in the international casts of Frozen 2.

Apart from these, This Is Us star Chrissy Metz will perform the Oscar-nominated "I'm Standing with You" from Breakthrough. Oscar-winning composer Randy Newman will perform the nominated song "I Can't Let You Throw Yourself Away" from Toy Story 4. A special performance by 18-year-old Grammy-winning musical talent Billie Eilish and Harriet actor Janelle Monae is expected to take place at the Oscars this year.

The 92nd Academy Awards ceremony is scheduled to take place on Sunday, February 9, 2020, at the Dolby Theatre in Los Angeles. For Indian viewers, the ceremony will be telecast live on Monday, February 10 at 0630hrs. The Oscars Red Carpet will begin at 0500hrs on February 10. The streaming service Hotstar will telecast the awards ceremony live whereas select channels, like Star Movies, Star Movies HD, and Star Movies Select HD will broadcast the Oscars on television for Indian viewers.