Parasite director Bong Joon Ho is a fan of BTS, he also believes that BTS' is much more influential all over the world. Here is what he said about the band.

During the red carpet event of Golden Globes, he made sure that he is recognised as a fan of BTS in one of the interviews. He said in the interview that even though he made it to Golden Globe 2020, he still thinks that BTS has much more following and influence than him. He expressed that Korean artists have a lot of dynamism and emotions towards their craft and believe in themselves. He believes that BTS is one of them. Bong Joon Ho also mentioned BTS in his interview show with Jimmy Fallon at The Tonight Show. He said to Jimmy that he especially enjoyed the episode with BTS in it while answering some of Jimmy’s questions.

“Although I’m here at the Golden Globes, @BTS_twt has 3000 times the amount of power and influence that I have. I think Korea produces a lot of great artists cause we’re very emotionally dynamic people”—Bong Joonho at the #GoldenGlobes Red Carpet.pic.twitter.com/fkmDNiktgU

In his emotional speech at the Golden Globes 2020, he talked about overcoming language as a barrier in watching any language films through a translator to deliver the acceptance speech. Bong Joon Ho said that a wide range of films is more available now than ever before due to subtitles. He also mentioned how he was honoured to be nominated amongst international filmmakers.

Here is an image of Bong Joon Ho at the Golden Globes 2020 receiving his award: 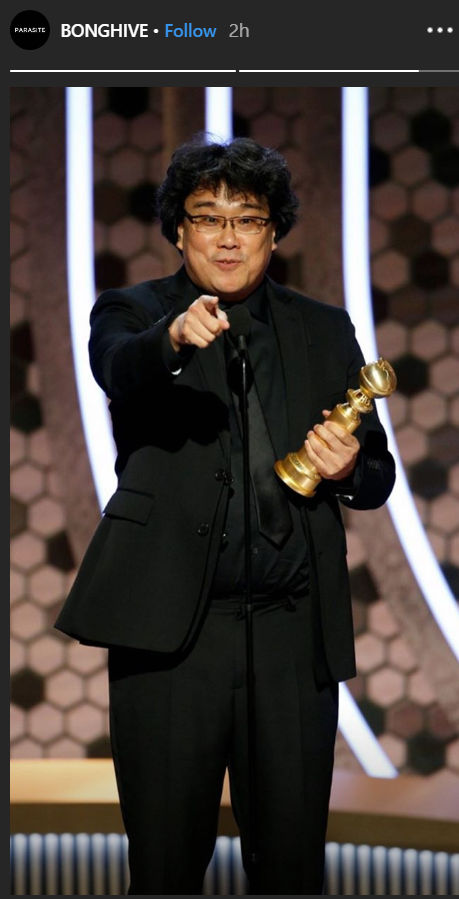