Director Quentin Tarantino has expanded the universe of 'Once Upon A Time In Hollywood' by putting his own spin and twist in the spin-off version of the film. 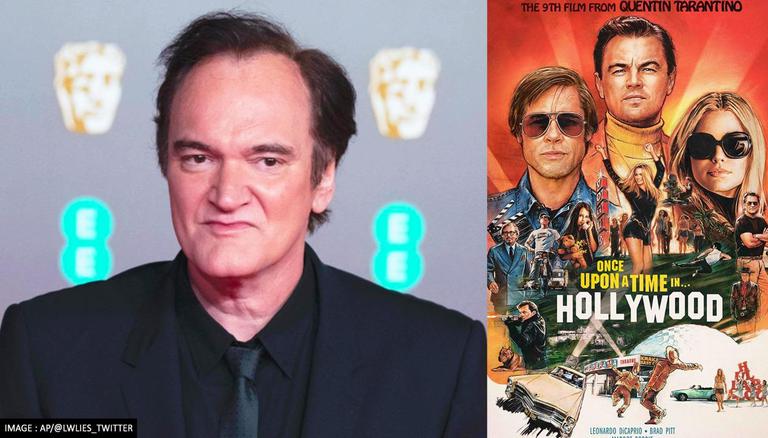 
It is good news for Once Upon a Time in Hollywood fans as director Quentin Tarantino has recently dropped hints about the spin-off version of it. Quentin Tarantino who is known for crafting satirical and non-linear storylines is not much into sequels, spinoffs or franchises. However, he is willing to experiment this time and has expanded the universe of Once Upon A Time In Hollywood by putting his own spin and twist on the tie-in novelization.

Tarantino has not completed it yet but he did drop hints about what to expect in the spin-off version.

What can you expect in the spin-off version of Once Upon a time in Hollywood?

Opening up to the Empire about  his idea for a Once Upon A Time In Hollywood’s Rick Dalton's Spin-off and how the storyline flows director, Quentin Tarantino said :

“That is written by me, by Quentin Tarantino, in 1999. Because in this pretext, Rick retires and moves to Hawaii. And so I go, in 1998, to the Hawaii International Film Festival. I’m there, and Roger Ebert’s there, and I’m seeing films. And then one of the festival people goes, ‘Hey, so is there anybody in Hawaii that you’d like to meet?’ You go, ‘Well, who’s worth meeting here in Hawaii?’ ‘Well, Don Ho’s here, and this one is here, and that one’s here. Rick Dalton’s here…’ ‘Woah, woah, Rick Dalton? I wondered what happened to that guy!’ ‘Well, he retired in 1988, and him and his wife Francesca, they moved to Hawaii…’. So they arrange a lunch. He comes down to the hotel that I’m staying at, and there’s Rick! He’s about 40 pounds heavier, but there he is.”

He further added and said, “So we have a ball, and he’s a really nice fellow, and my movie shows and he comes to the screening. He shows up usually every year for a couple of screenings, he’s long since retired – and I have such a good time with him that the next year, ’99, I arrange a Rick Dalton retrospective. We show some prints of his movies, have a nice little thing for him, and he likes that. And then that spurs me to write an appreciation of his career called ‘The Man Who Would Be McQueen: The Films Of Rick Dalton’. And so I write it, and it’s prefaced by this huge Q&A that I had with Rick at that time. It’s all written. It exists!”

About the original Once Upon a Time in Hollywood

The film was released on 26 July 2019 and it centred around the life of a fictional actor Rick Dalton and his stunt double as they navigated the ever-changing Hollywood industry, whilst developing multiple side stories in a modern fairy tale that is like a tribute to the industry’s golden age.

For the unversed, Quentin's this film features Leonardo DiCaprio, Brad Pitt, Margot Robbie, Dakota Fanning and others in insignificant roles and it was among one of the most awaited films across the globe and it soon figured out how to intrigue the audience. Since the time it hit screens it did receive an overwhelming response and fans have high expectations from the spin-off version as well.

READ | DYK Brad Pitt's 'Once Upon a Time in Hollywood' received standing ovation at Cannes?

Talking about Quentin Tarantino he is an eccentric filmmaker and he has given the world movies like Pulp Fiction, Kill Bill, and numerous others, he has never truly wandered into the domains of side projects and spin-offs with the exception of this one.