Remember When 'Lucifer' Star Tom Ellis Called The Show A 'reverse Beauty And The Beast'?

'Lucifer' alum Tom Ellis in an interview revealed that he found the series to be a kind of 'Beaty and the Beast' in reverse but not in the way fans may think. 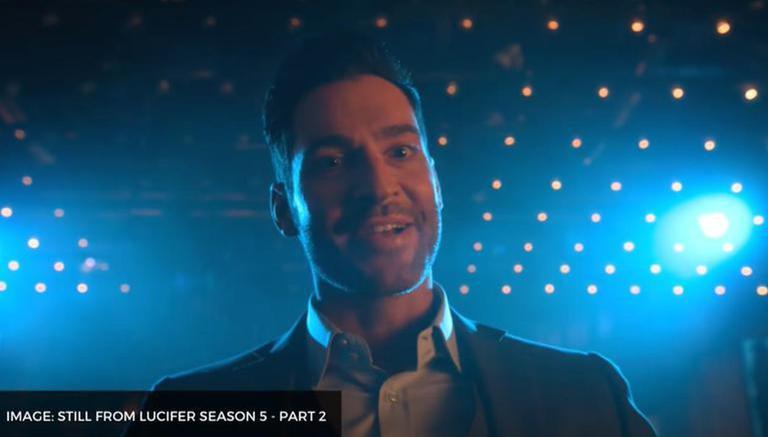 
Tom Ellis has gained much fame after he began his stint in the series Lucifer. The British actor made a place in the heart of viewers when he played the lovable Lucifer, a twist on a character that is usually dark and vile. The show merges the crime and supernatural genres, being light and fun at times and intense when needed. The character of Lucifer has gone through immense growth, starting as a vain and self-obsessed God of the Underworld, to a caring and loving person, ready to take on the whole world for the ones he loves. A few years back, Tom Ellis had revealed that according to him, the show was a reverse Beauty and the Beast but not in a way one may think.

Tom Ellis had sat down with Tom Welling for Fox’s Off the Script series back in 2018. The two had discussed various aspects of the show as well as what they thought of each other. When Welling was asked to describe Ellis in three words, he had simply said, “tall”. When Tom Ellis was asked what he thought about the show, he had said the show was much like a reverse Beauty and the Beast. He had further clarified that he did not mean that Lucifer was beauty and Chloe was always the beast but rather that Chloe had seen the prince first and then the beast that Lucifer kept hidden within himself.

The current season of Lucifer is finally out after a long wait on the part of the viewers and Lucifer season 5B review is out as well. People have loved the character development of Lucifer in the season but have said that 5B was more a family drama than a DC comic tale. The season started slow but then eventually gained momentum, keeping fans entertained and hooked. Things have finally come to a pass with Lucifer finally facing his father and resolving some issues.

READ | What are the 'Lucifer' season 6 new reveals? Details on the plot and release date

In the latest season, Lucifer has to consider taking on the role of God as his father announces that he would no longer sit on the throne. The best person for the job was Amenadiel but he takes a step back to support his son Charlie. The choice comes down to Lucifer and his twin brother Michael, both of whom fight to the death for their father's throne.

READ | 'Lucifer' season 5B review: More of a family drama than the tale of a DC character

READ | Aimee Garcia discloses connection between her 'Lucifer' and 'M.O.D.O.K.' characters
READ | If you loved 'Lucifer', here are some more Tom Ellis movies to add to your watchlist