Actor Rita Moreno extended her support to In The Heights' maker Lin-Manuel Miranda after he faced criticism for the film's lack of Afro-Latino representation. 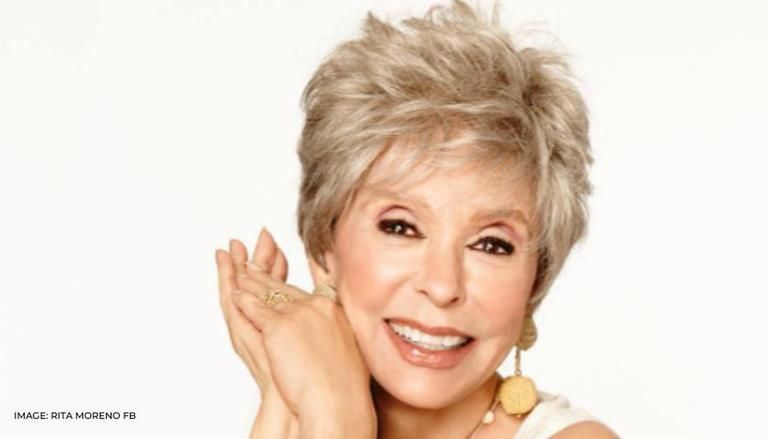 
Puerto Rican actor Rita Moreno defended Lin-Manuel Miranda and In the Heights following criticism over the film’s lack of Afro-Latino representation. Moreno appeared on the latest episode of The Late Show With Stephen Colbert to promote her documentary, Just a Girl Who Decided to Go for It, when she brought up the In the Heights controversy. Amid the conversation, Morento interrupted and expressed that she wants to talk about it while adding that has "really upset" her.

Rita Moreno on In The Heights controversy

As the chat progressed further, the 89-year-old actor quickly defended Miranda and called him 'the man who literally has brought Latino-ness and Puerto Rican-ness to America' on the late-night show. As Rita said that she feels proud that Miranda is the producer of her upcoming documentary, Colbert asked her to explain her take in detail. In response, Rita said, "Well I’m simply saying, can’t you just wait a while and leave it alone?” Moreno responded. “There’s a lot of people who are Puertorriqueños, who are also from Guatemala, who are dark and who are also fair. We are all colours in Puerto Rico. And this is how it is, and it would be so nice if they hadn’t come up with that and just left it alone, just for now. I mean, they’re really attacking the wrong person".

TONIGHT: Rita Moreno comments on the controversy surrounding her friend Lin Manuel Miranda and his film "In The Heights." #LSSC pic.twitter.com/4cQcvviaLf

The West Side Story actor's support to the writer-producer came a day after Miranda issued an apology for the lack of representation, saying that he fell short. "I can hear the hurt and frustration over colorism, of feeling still unseen in the feedback. I hear that without sufficient dark-skinned Afro-Latino representation, the work feels extractive of the community we wanted so much to represent with pride and joy" Miranda’s statement said in part. It further added, “In trying to paint a mosaic of this community, we fell short. I’m truly sorry. I’m learning from the feedback, I thank you for raising it, and I’m listening (sic)". To conclude his statement, Miranda promised to do better in his future projects while assuring that he is dedicated to learning and evolving.

READ | Sophie Turner is 'beyond pumped' for 'In the Heights' film; cheers for her 'mate' Corey

More about In the Heights cast, release date

The American musical drama film hit the theatres on June 10, 2021. The ensemble star cast of the film featured Anthony Ramos, Corey Hawkins, Leslie Grace, Melissa Barrera and many others. The IMDb score of the Jon M. Chu directorial is 7.8 out of ten, so far.