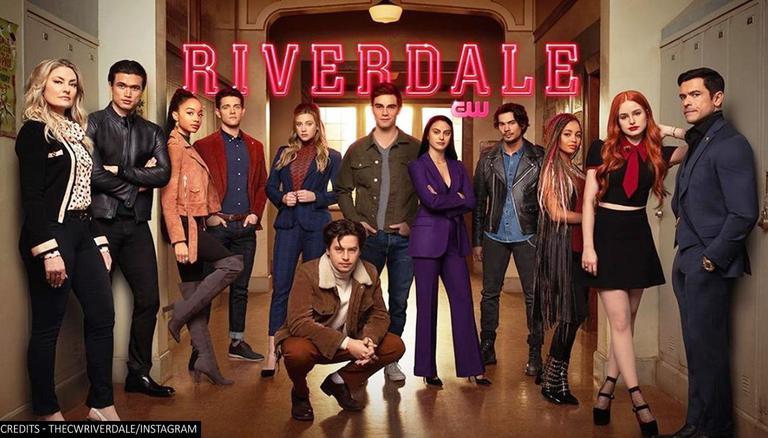 
As the fans have been enjoying the latest Riverdale season 5, one of the episodes recently created a buzz on the internet. The recent ones depicted some topsy-turvy plot lines among the lives of Betty, Jessica and Tabitha where they try to search for the missing author. Riverdale creator, Roberto Aguirre-Sacasa has explained about one of the popular scenes from the latest episode where Betty sends a shocking voicemail to Jughead.

As the voicemail was just a tease for the upcoming episodes, the fans have been eagerly awaiting an explanation for it. Speaking about that specific scene during an interview with ET Online, Roberto talked about how Cole killed it with his performance and revealed that he first recorded it when they shot the episode. While teasing the upcoming episode, he stated, “But in an upcoming episode, we follow Jughead and everything that has happened in those seven years. We see how Betty and Jughead's relationship evolved over those seven years and we see the events that lead to that tragic night when he left that message -- and Cole's performance in that episode is so good.” Stating further, he also revealed how Cole approached him and asked him to re-record the message that he left Betty in 511.

“So with Cole we initially talked a little bit about the voicemail and he totally dove in and went for it -- but then once he had more context, he went back and re-recorded it and it's a beautiful performance that Cole gives in that episode,” he added.

When asked whether the additional context from the future episode that explored Jughead’s past would help change the audience perspective of the voicemail. He then stated that Jughead will be seen struggling with some more problems in the upcoming episodes that will make people understand where his headspace was.

Adding to it, he also mentioned, “I love Jughead and I root for him and Betty so hopefully people will understand that that voicemail reflects a moment in time. But it is pretty intense though. I remember when I first was watching I was like, "Oh God!" but again, Cole killed it. And I think Betty, and subsequently Lili, I think she weirdly understands Jughead better than anyone and I think it's close to a dealbreaker, but hopefully not a dealbreaker.”

READ | Camila Mendes birthday: Can you guess the answers to this 'Riverdale' quiz correctly?

WE RECOMMEND
Riverdale: When Cole Sprouse almost played the part of Archie Andrews in the hit CW series
Riverdale star KJ Apa gets a 'Grip and rip' workout after getting back to work; WATCH
Riverdale's KJ Apa & girlfriend Clara Berry announce pregnancy with adorable pic
Riverdale star Camila Mendes reveals why Veronica is rocking side parted hair this season
How many episodes are there in 'Riverdale' Season 4? Know all about the popular show