2 years of Avengers: Endgame - Robert Downey Jr took to his Instagram account to share the BTS videos of an alternate ending scene and also his snap.


As fans celebrate 2 years of Avengers: Endgame, Robert Downey Jr surprised them with a BTS video. While celebrating the anniversary, the actor gave a glimpse of the scene that did not make it to the movie. In the video, Robert is standing as there is a green screen around him and he snaps his finger. As the camera moves, we get to see a person standing behind him.

Soon after the movie was released, fans were told that there was an alternate ending scene that was shot which included Robert and 13 Reasons Why actor Katherine Langford. While sharing the BTS video of the alternate ending, the actor wrote, "Cannot believe it’s been two years since Endgame...#LoveYouAll3000". The comment section is filled with fans feeling nostalgic and sad that they did not see the alternate ending. They also mentioned that they miss his character, Iron Man. Check it out. 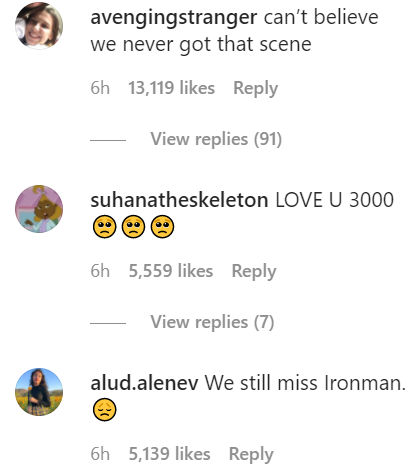 In the alternate ending scene, it was shown that Iron Man is in the soul world after he snapped his finger. He meets the grown-up version of his daughter. There was a conversation between the two and how Iron Man's daughter expressed that he did the right thing. It was the same place where Thanos met his adopted daughter Gamora after his snap. Watch the deleted scene below.

Apart from sharing the BTS video, Robert Downey Jr took to his Instagram story to share another BTS video of the scene where he snapped his finger. While sharing the video, he wrote "Two years since the snap" and "Love you all 3000". In the video, the actor is seen in his Iron Man costume and once he snaps his finger, the actor screams "Mindblowing". 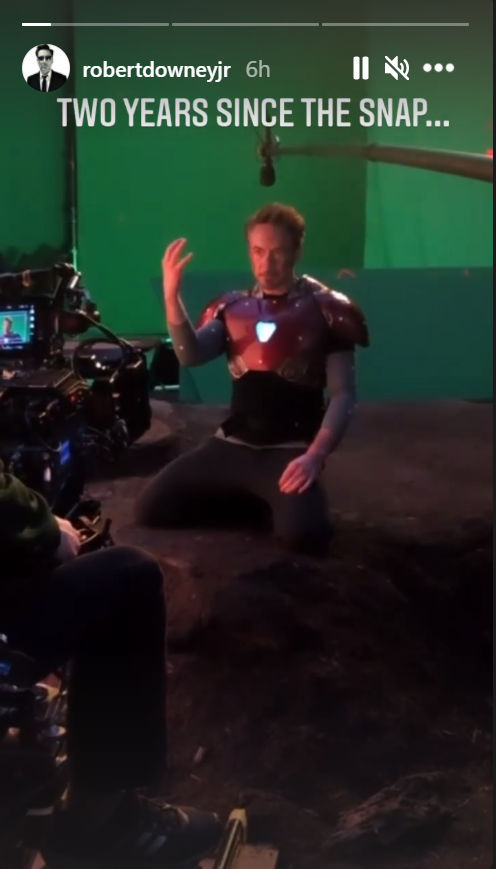 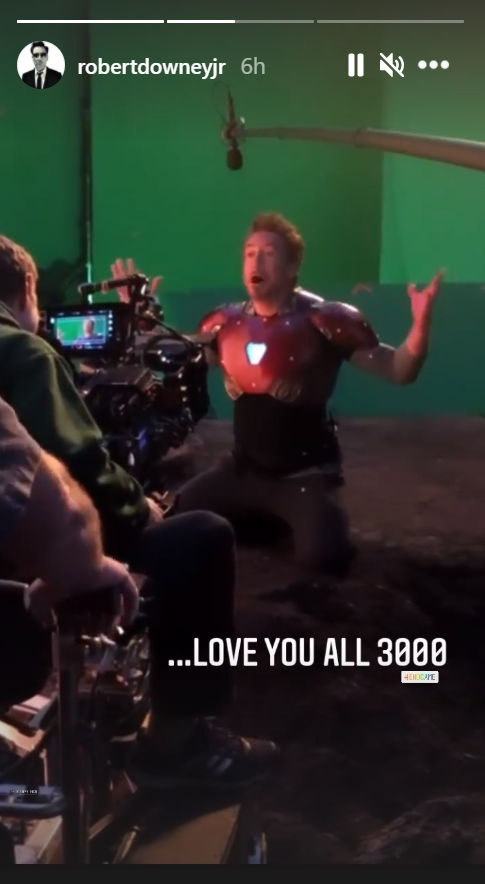 The penultimate movie of the MCU's third phase was released on April 26, 2019. The movie marked the end of various characters and gave the cue for the next phase of the cinematic universe. Fans all around the world have been paying respect to the superheroes who died during the movie. The catchphrase "I love you 3000" became popular after fans watched Iron Man say it to his daughter. The movie features an ensemble cast of Robert Downey Jr, Chris Evans, Scarlett Johansson, Mark Ruffalo, Chris Hemsworth and Jeremy Renner among others in the lead roles. Avengers: Endgame is currently the second highest-grossing movie of all time behind James Cameron's Avatar.

READ | Avengers then and now: How characters looked in their first MCU appearances vs now