On Robin Williams' death anniversary, his son Zak Williams penned a heartfelt tribute for his father. He wrote that Robin's memories will forever be cherished 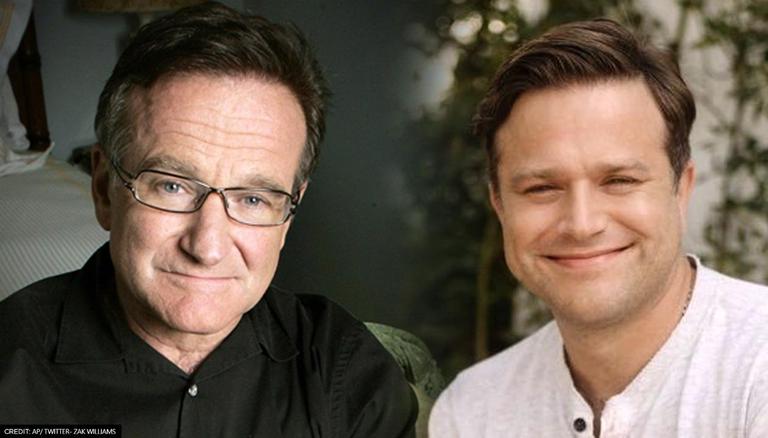 
On the death anniversary of comedian and actor Robin Wiliams, his son Zak Williams penned down a heartfelt note. Robin Williams who was known for his comedic timing and improvisation committed suicide in 2014. His son Zak Williams, has since then been vocal about the importance of Mental Health and has also founded an organization called Prepare Your Mind to advocate the importance of Mental Health.

Zak William via his Twitter shared a heartfelt tribute on his father Robin Williams' death anniversary. In his note, he wrote that the joy and legacy his father left behind will be carried on by Robin's friends and family. He added that he would be celebrating his father's memory. Zak wrote "Dad, seven years ago today you passed on. The joy and inspiration you brought to the world carry on in your legacy and in your family, friends, and fans you so loved. You lived to bring laughter and to help others. I will be celebrating your memory today. Love you forever."

Dad, seven years ago today you passed on. The joy and inspiration you brought to the world carries on in your legacy and in your family, friends, and fans you so loved. You lived to bring laughter and to help others. I will be celebrating your memory today. Love you forever. pic.twitter.com/xw2pkO4shZ

Robin's daughter Zelda Williams also took to her Twitter and wrote "Sending love out there today to all the folks navigating loss. New, old, the connective tissue of that deeply human pain can be hard to bear, but I find it easier sometimes knowing how many others have felt the same sting. We’re not alone."

READ | Robin Williams' wife speaks about his death, says 'it was like whack-a-mole with symptoms'

Robin Williams committed suicide On August 11, 2014 at his home in California. His wife Susan Schneider in an essay tilted The Terrorist Inside My Husband's Brain, wrote that before his death, Robin was diagnosed with Parkinson's disease. His autopsy, however, said Williams had diffuse Lewy body dementia, which has many of the same symptoms as Parkinson. An excerpt of Susan Schneider's essay read "I have since learned that people with LBD who are highly intelligent may appear to be okay for longer initially, but then, it is as though the dam suddenly breaks and they cannot hold it back anymore. In Robin's case, on top of being a genius, he was a [Juilliard]-trained actor. I will never know the true depth of his suffering, nor just how hard he was fighting. But from where I stood, I saw the bravest man in the world playing the hardest role of his life."