Sasha Spielberg got engaged to Harry McNally and one of the highlights of their engagement was Steven Spielberg shooting the moment secretly. 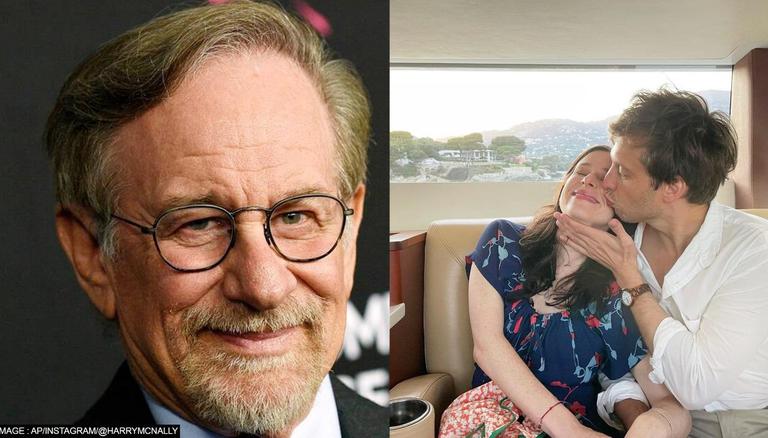 
Sasha Spielberg was on cloud nine as she took the next step in her relationship with Harry McNally. The actor-musician announced her engagement on Wednesday while he shared some loved-up moments.

Her father, veteran filmmaker Steven Spielberg too was delighted about it as he even recorded the moment after Harry proposed to her. Sasha termed the act as 'classic.'

Sasha Spielberg took to Instagram to announce that Harry had proposed to her and her answer was yes. She dropped a series of photos as a part of the announcement.

The first one was taken the morning after, where she posed near the sea, and her engagement ring seemed to be responsible for her glow. The next photo was her diary entry from November 2020 after their first date, where she had written, 'I'm gonna marry Harry' and one got a closer view of her ring here. On Twitter, she wrote that her diary proved to be right. The third photo was through the lens of Steven Spielberg as he captured the moment the couple hugged after the proposal.

On her Instagram stories, even Harry posed at the same venue, as Sasha dropped a ring sticker along with it. Another photo was of the two sharing the news of their engagement on a video call, where she flaunted her ring. 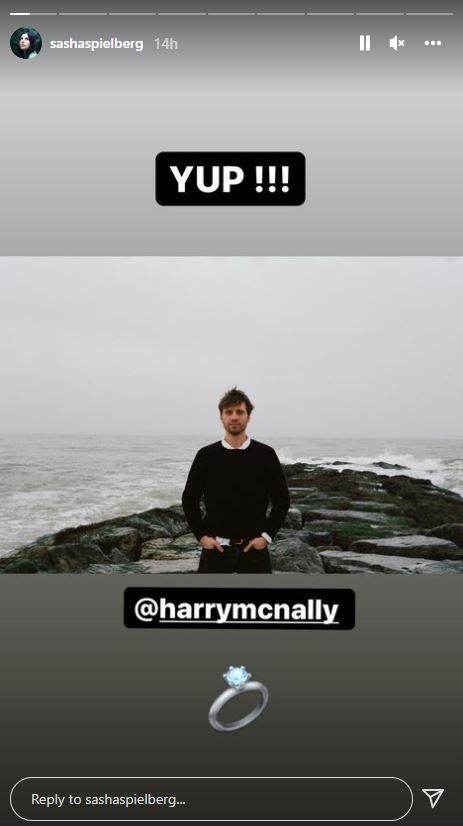 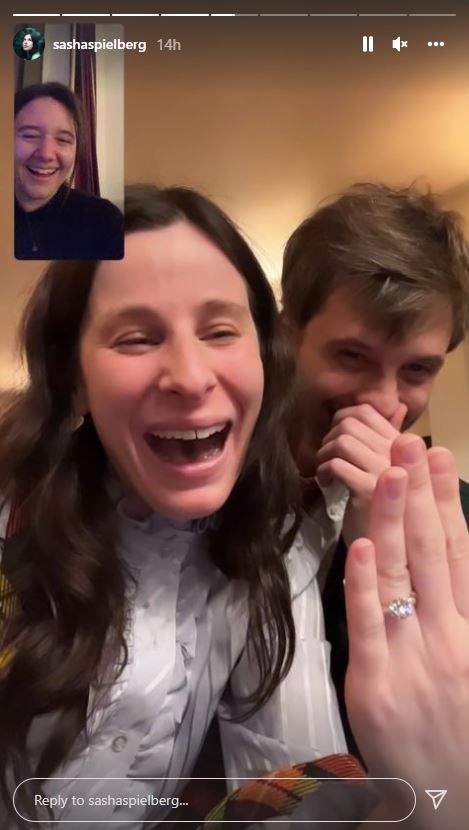 Harry too shared his delight on the new step of his life, dropped heartwarming pictures with his fiancee, including the moment secretly captured by Steven Spielberg.

He called her, 'The love of my life' and the star of his show. "Here’s to forever," he wrote along with ring and champagne emojis.

Sasha is known for her work in films like The Terminal, Munich, Indiana Jones and the Kingdom of the Crystal Skull, and The Post. She was last seen in the movie Licorice Pizza last year.

Apart from her film endeavours, she is also a singer and musician, coming up with albums like The Accidental Zoo and Love/Idleness. She had also starred in, produced, and written the series Literally Can't Even. Harry is the son of restaurateur Keith McNally and is an artist and designer.