Scott Disick gave it back to a troll who questioned the identity of his sister, Khloe Kardashian. Check it out right here, in what fashion did he give it back. 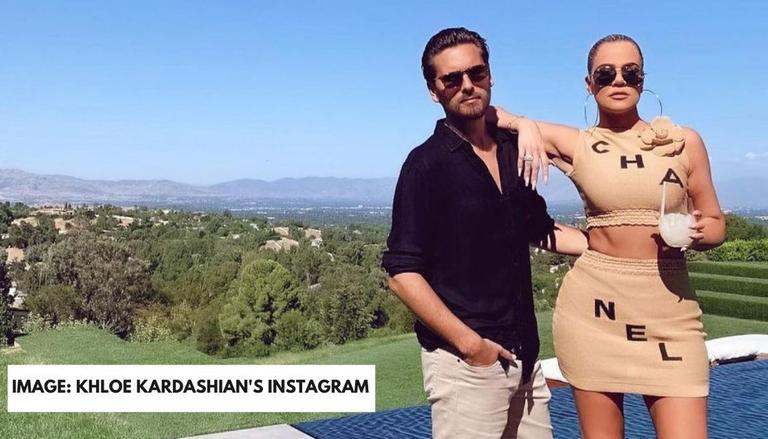 
Scott Disick might not be with Kourtney, but he is still a huge part of the family on Keeping Up With The Kardashians, KUWTK. Being the father of Kourtney's three children and everyone's favourite brother, Khloe Kardashian and Scott Disick share a great sibling bond. Scott has always been supportive of Khloe and he's proved it again that he's always going to be there for Khloe when he supported her on Instagram recently.

Scott Disick hit back on a troll on Khloe Kardashian's Instagram

Khloe posted a series of her photos dressed in a blue printed bodysuit posing in and around her blue Rolls Royce in the sunny weather. While most of the internet gushed over these images, one account commented, "Who is she?" to which Scott replied, "Who isn't she? That's the question." His comment received hundreds of likes too.

Scott and Khloe have had years of time to build this bond and they always have loving things to say to each other. On his birthday, Khloe thanked him for "being such a great brother" and added that life would be so boring without him. See this birthday post she wrote with a series of pictures of the duo:

As the KUWTK reunion part 1 premiers on June 18, 2021, we might get to see more about Khloe Kardashian's personal life, which because of Tristan Thompson has been tumultuous. The Good American founder has gone through a lot of hate over these years when she has been compared to her sisters. This has made most of the family more protective of her and we might see the KarJenners discuss this in detail in the KUWTK reunion.

For the uninitiated, Khloe Kardashian had been dating Tristan Thompson and was going to give birth to their daughter True, when Tristan's cheating scandal broke out. Khloe has been single-handedly raising True and after several months when the couple sparked rumours of a patch-up, they were hit by another cheating allegation. The Good American founder was seen posing with a huge diamond ring too which fans thought was Tristan's engagement ring, there has been no other sighting of it. A few weeks ago, Khloe even ignored Tristan's comments on her pictures. The KUWTK reunion could shed light on Khloe's state.