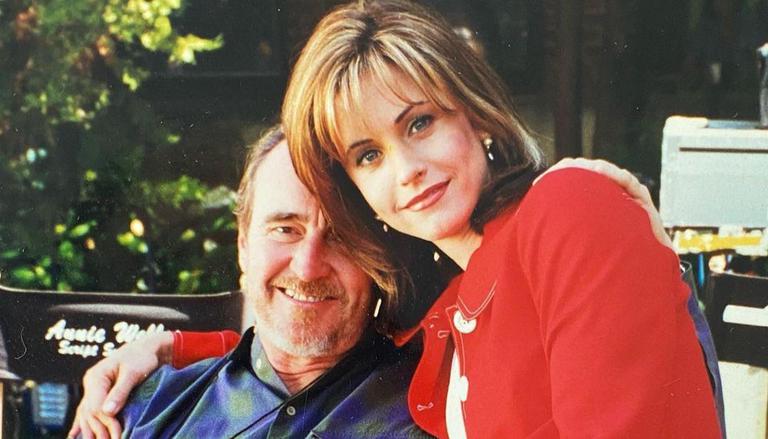 
From the recently released reunion special of popular sitcom Friends to the upcoming instalment of the Scream franchise, Courtney Cox has been revisiting some iconic works in her portfolio recently.  The first instalment of the horror-thriller franchise Scream recently clocked 25 years, and the cast and crew unveiled a special video on the occasion. The team paid respects to the late director Wes Craven, who was regarded as one of the stalwarts of the slasher genre.

Wes, who had helmed the four instalments of the franchise, passed away in 2015. The video was shot as the fifth instalment of the venture is gearing up for release next year. This will be the first movie in the franchise since Wes' death, after Scream 4 which was released in 2011.

In the video, Courteney Cox can be heard saying, "Wes Craven is known as the 'King of Horror'. He is an incredible director, but he is also an incredible human." "I have done 4 Screams with Wes, and what a way it was to reinvent his movie." Courteney Cox added.

The video also features moments from the sets, where Wes could be seen giving instructions to his team, observing the scenes on the monitor and more.

David Arquette, who played  Dewey Riley, shared, "I might start crying when he start talking about Wes." He also shared that even the new film had an 'impression of Wes.'

Neve Campbell, who played Sidney Prescott, said, "He was like a father for all of us."

She also said, "I had been apprehensive about doing another film without Wes. So we all wanted to honour him. So we got on it again."

The new film's lead Melissa Barrera said that he loved the original. "We want to honour Wes and it's (new film) so scary."

The other members of the cast opened up about how Wes's original script had 'typos', how he made the genre 'cool', that he made it a 'rollercoaster experience' for everyone and that he was a 'kind soul.'

The new directors, Matt Bettinelli-Olpin and Tyler Gillett, also said that anything they were writing on the movie was because of Wes Craven.

Scream 5 hits the screens on January 14 next year. The previous versions of the film are available on streaming platforms like Amazon Prime.