Seth Rogen has announced the release date of the Teenage Mutant Ninja Turtles reboot. The director took to Twitter to make this announcement. 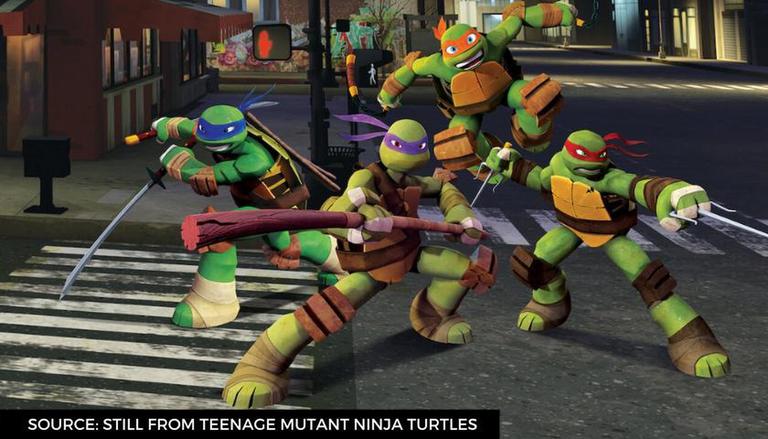 He posted a picture of a paper with 'notes' and the release date highlighted in the right corner of the paper. The letter TMNT that is the short form of the movie was also highlighted with boxes. He also added the hashtag #TMNT. Seth Rogen announced the Teenage Mutant Ninja Turtles release date as August 11, 2023. He also gave context to the picture he posted as he wrote, "Leo takes notes like I used to". As Seth Rogen has earlier made an announcement that the Teenage Mutant Ninja Turtles reboot will focus more on the 'teenage' aspect of the Teenage Mutant Ninja, the curled paper and a boy's high school notes gave major hints about what the movie would be about.

The picture posted by Seth Rogen also has doodles including favourite pizza-loving turtles, including discipline, honour, loyalty, and, of course, fun-filled immaturity. Rogen also adds the types of mutation such as deletion, duplication, and translocation, as well as a note to apologize to April. Not much is known about Seth’s take on the popular characters, but the movie will be an animated coming-of-age film aimed at teenagers and children and produced through Nickelodeon.

READ | Emma Watson & Seth Rogen starred in THIS film; leading to rumours of Watson storming off

Meanwhile, on the work front, Rogen will be starring as Steven Spielberg’s uncle in the film inspired by the director’s childhood. He will also be appearing in Hulu’s Pam and Tommy. He is also serving as executive producer for Amazon’s hit series The Boys, which is currently filming its third season.