Marvel's 'Shang-Chi and the Legend of the Ten Rings' is all set to premiere on Disney plus on November 12. The announcement was made by Disney CEO. 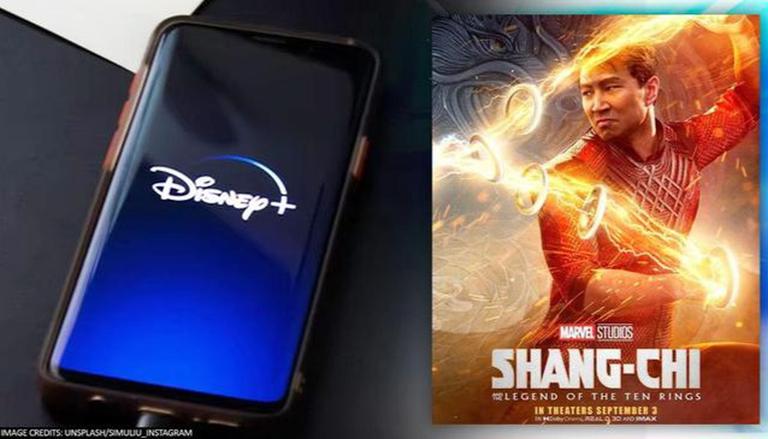 
After the completion of its 45 days theatrical release, MCU's superhit movie Shang-Chi and the Legend of the Ten Rings is set to hit the OTT platform. CEO of Disney, Bob Chapek during a recent press conference announced the release of Shang-Chi on Disney plus. The movie will hit the online streaming platform on Disney+ Day, a new annual event launched by the company that will also include premieres of movies such as Jungle Cruise.

As per Digital Spy, Disney CEO, Bob Chapek during a press conference made the big announcement on Tuesday that the Marvel blockbuster Shang-Chi and the Legend of the Ten Rings will arrive on the streaming service on Friday, November 12 as part of a new event called Disney+ Day. Disney via their social media handles have since then confirmed that the event will also include new Disney, Pixar, Marvel and Lucasfilm specials coming to Disney+ as well as the premiere of Jungle Cruise on the streaming platform as well. Other special programmes set for November 12 on Disney+ Day include a Marvel Special Look at Phase Four and new specials from The Simpsons, Star Wars and Frozen.

Meanwhile, Marvel Cinematic Universe's Shang-Chi and the Legend of the Ten Rings is having an amazing run at the box office and has grossed $324 million worldwide, making it the sixth-highest-grossing film of 2021. The film received positive reviews from critics, who praised the choreography of the action sequences, exploration and representation of Asian culture, and the performances from the cast. The movie features MCU's first-ever Asain superhero and stars Simu Liu as Shang-Chi alongside Awkwafina, Meng'er Zhang, Fala Chen, Florian Munteanu, Benedict Wong, Michelle Yeoh, Ben Kingsley, and Tony Leung.

Lead actor Simu Liu earlier took to his Instagram and celebrated the release of his movie by sharing fan art. He wrote, "The sun rose today to a world where Asian superheroes exist as the leads of their story; that is the gift that @destindaniel and @marvelstudios have bestowed upon all of us, across all communities, everywhere. A celebration and a sharing of culture, of language, of laughter, of excitement, of sorrow and of heartbreak." Simu Liu added, "I’ve said before that this film will change the world. A smile where there wasn’t one before. Pride where there was a shame. Compassion where there was ignorance. If we reach out and touch even one person, they aren’t all of our lives better for it?."

WE RECOMMEND
Shang-Chi And The Legend Of The Ten Rings: Here's all you need to know about release date
Dune: Director Denis Villeneuve calls Marvel movies 'cut and paste' work
Marvel Studios seeking Latino actor to lead untitled Halloween special for Disney Plus
Marvel’s 1st Asian superhero Simu Liu; 'Glad that I could give kids something I never had'
South Korean actor Park Seo Joon joins MCU; To star in new Marvel film with Brie Larson
Listen to the latest songs, only on JioSaavn.com