Lorde released the single Solar Power which gives off a summer vibe with a bright setting as she discloses how much she 'hates' the winter and the cold days. 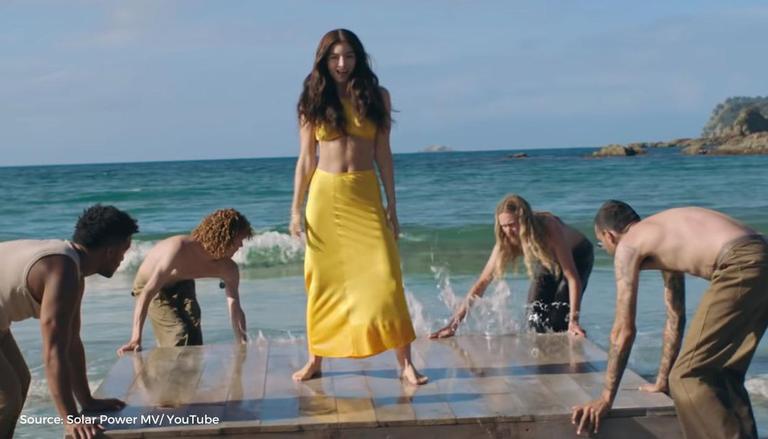 
Singer Lorde released her new single Solar Power, right before the release of her new album of the same name. The song has a summer vibe to it and is a happy and playful song. This song marks the return of Lorde after her 2017 album Melodrama.

In the music video of Solar Power, Lorde can be seen wearing a yellow shirt and crop top. The setting of the music video is on a beach and she seems to have fun with the other beachgoers. Most part of the song looks like it has been shot in one take as it follows Lorde singing and dancing on the beach with the beachgoers. The beachgoers serve as background dancers in some parts of the song. She starts the song by saying, “I hate the winter. Can’t stand the cold.” During the song, she also refers to herself as ‘prettier Jesus’.

Along with the music video, Lorde released an email addressed to her fans, reported Entertainment Weekly. In the email, she wrote, “There’s someone I want you to meet. Her feet are bare at all times. She’s sexy, playful, feral and free. She’s a modern girl in a headstock bikini, in touch with her past and her future, vibrating at the highest level when summer comes around. Her skin is glowing, her lovers are many. I'm completely obsessed with her, and soon you will be too… It's my divine pleasure to be introducing you, at long last, to my third studio album, SOLAR POWER.” For the single Solar Power, Lorde Joined hands with director Joel Kefali who has also directed Lorde’s other popular single Royals.

On June 7, Lorde teased her fans of the upcoming album by updating her website and putting a photo of herself where she can be seen leaping over a camera. The photo also had the title of the album, ‘Solar Power’ written on it. The release of the single coincided with a solar eclipse that was seen on Thursday.

Solar Power is going to be Lorde’s 3rd album. Her first album was titled Pure Heroine and was released in 2013 and then she released her second album in 2017 called Melodrama. Lorde's songs like Royals, Yellow Flicker Beat and Perfect Places are quite popular among the audience.