'Spider-Man: No Way' Blu-ray will reportedly have 100 minutes of new content including deleted scenes of Tom Holland, Andrew Garfield and Tobey Maguire. 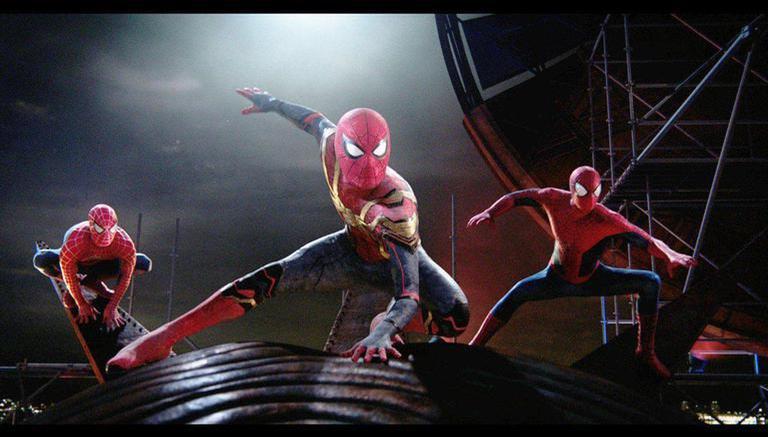 
After almost two months of chart-shattering theatrical run, Spider-Man: No Way Home will soon be available on Blu-ray for viewing. Like all the other previous MCU movies, No Way Home will reportedly include 100 minutes of more Spidey content that will include featurettes and deleted scenes from the movie. The latest Spidey movie's Blu-ray version will feature deleted scenes of Tom Holland, Tobey Maguire and Andrew Garfield's web-slingers.

Spider-Man: No Way Home blu-ray version to include deleted scenes

An insider named Amit Chaudhari took to Twitter and shared a list of four deleted scenes from Spider-Man: No Way Home. Chaudhari also reported that the movie will have almost 100 minutes of extra content. One of the deleted scenes were titled 'Happy's Very Good Lawyer' suggesting that fans will also get to see more of Charlie Cox's Matt Murdock/Daredevil. The writers of No Way Home had earlier shared that they had planned more scenes for Charlie's Daredevil.

There is also a scene titled 'The Spideys Hangout' hinting that the Blu-ray will also include deleted scenes of Tom Holland, Tobey Maguire and Andrew Garfield's web-slingers together. Take a look at the full list of deleted scenes from No Way Home here-

Meanwhile, on related news, Tobey Maguire, Andrew Garfield and Tom Holland reunited again for their first-ever interview together with Deadline post the release of No Way Home. All the three actors opened up about their experience of shooting the movie together. During the interview, Tobey revealed why he returned back to the franchise and said, "I gotta say, I was intrigued immediately. In that conversation, the intention, the kind of love and celebration of these movies, and what it meant, I think to Amy and Kevin was apparent. I'm a big fan of Tom and those movies and Andrew. So, it was definitely intriguing."

Spider-Man: No Way Home is currently the sixth highest-grossing movie of all time and has grossed over $1.6 billion at the worldwide box office and became the first movie of the pandemic era to cross the $1 billion mark. No Way Home left behind movies like Jurrasic World, The Lion King and Avengers: Infinity War as it climbed up to the sixth spot.