Tom Holland and Zendaya are all set to return as Spiderman and MJ, respectively, in the upcoming highly anticipated Marvel film Spider-Man: No Way Home. 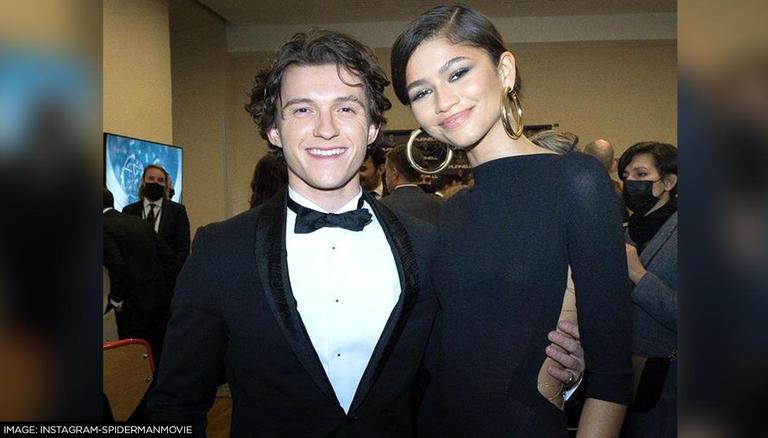 
With the release date of Marvel's Spider-Man: No Way Home inching closer, netizens are gearing up to witness British actor Tom Holland in his web-slinger suit for the third time. With his identity out in the open, the friendly neighbourhood superhero will unleash the forbidden multiverse madness with the help of his friend Doctor Strange. As a result, the young actor will lock horns with some of Spider-Man's oldest villains namely Green Goblin, Doc Ock, Electro and more.

This would lead the superhero to duel with multiple supervillains whilst trying to undo the multiverse mess. As per the trailers, the young actor engaged in several high octane aerial stunts and this time, he was accompanied by MJ, played by Zendaya. While their chemistry on the ground was appreciated by many, the duo also gave a reason to fans to enjoy their adorable chemistry while performing stunts.

During their recent appearance in the talk show The Graham Norton Show on Friday, the Spider-Man: No Way Home stars recounted the time they performed a stunt together and faced difficulty due to their height difference. With Zendaya standing a few inches taller than Holland, the former narrated a particular bridge scene where she would land before the British actor. She said,

READ | Fans get into brawl over 'Spider-Man: No Way Home' presale tickets ahead of release

''There's a particular stunt where Spider-Man swings us on top of a bridge, and he places me there," Zendaya explained. "He's supposed to gently rest MJ on the bridge and walk away from her. We were attached. Because of our height difference, I would land before him. My feet obviously hit the ground before he does."

The 25-year-old actor further explained the 'bottom mark' predicament which caused him to swing in Zendaya's arms after landing after her. He said, ''The 'bottom mark' is a thing that they do in stunts that are basically designed to stop you from shattering your kneecaps," he said before lamenting: "I'm the superhero. I'm supposed to look cool."

Dubbed as one of the most anticipated Marvel films of the year, Jon Watts-directed Spider-Man: No Way Home is slated for a release on December 16 in Indian in English, Hindi, Tamil & Telugu. The film is rumoured to have all the three actors who played Spider-Man namely Tom, Toby Maguire and Andrew Garfield reunite for the film, although it was never officially confirmed. The movie will also feature Benedict Cumberbatch, Jon Favreau, Jacob Batalon, Marisa Tomei and more.