Just a month ahead of the release, giant OTT platform Netflix dropped the trailer of the upcoming film Spiderhead starring Chris Hemsworth in the lead. 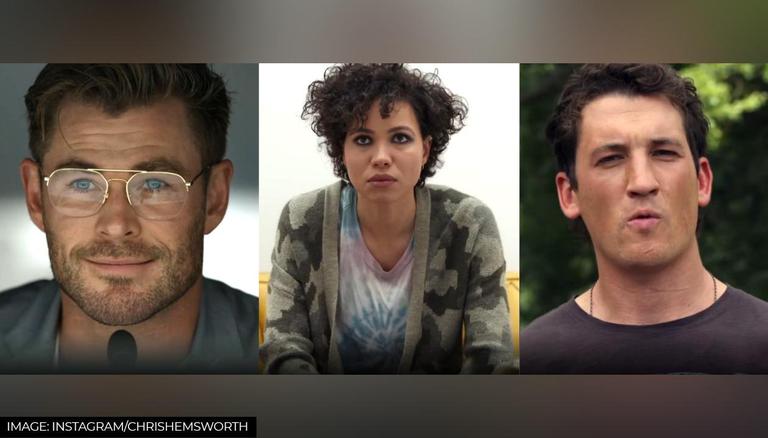 
Just a month ahead of the release, giant OTT platform Netflix dropped trailer of the film Spiderhead. The thrilling drama directed by Joseph Kosinski features Chris Hemsworth in the lead role. The plot of the film is set in an experimental prison where the inmates get a bit more leeway as long as they agree to take mind-altering drugs.

The upcoming streaming service exclusive film, Spiderhead is a "genre-bending and darkly funny psychological thriller which is based on the New Yorker short story by George Saunders. Apart from Hemsworth, the film also features Miles Teller, Jurney Smollett, Joey Vieira, and others in key roles.

The film is slated to stream on the popular OTT platform from June 17. The gripping trailer of the film shows Hemsworth as a visionary who develops a futuristic prison and experiments on inmates with mind-altering drugs. The trailer then showcases how the trail leads to incarcerated volunteers who became subject to drug testing.

The trailer shows how the volunteers of the prison show reactions to the N-40 drug which is injected into their bodies through surgical devices. The intriguing film also deals with the after-effects, and the way Chris Hemsworth deals with the scenario. Both the visuals and the core concept look interesting and is sure to pique the curiosity of the fans. As the premiere date inches closer, the trailer has fuelled the anticipation of the fans while leaving them excited to watch the film.

Apart from Chris, another key star cast of the film to watch would be Smollett who will be seen playing the role of an inmate. The synopsis of Spiderhead reads, “In a state-of-the-art penitentiary run by brilliant visionary Steve Abnesti (Chris Hemsworth), inmates wear a surgically attached device that administers dosages of mind-altering drugs in exchange for commuted sentences."

There are no bars, no cells, or orange jumpsuits. In Spiderhead, incarcerated volunteers are free to be themselves. Until they’re not. At times, they’re a better version. Need to lighten up? There’s a drug for that. At a loss for words? There’s a drug for that, too. But when two subjects, Jeff (Miles Teller) and Lizzy (Jurnee Smollett), form a connection, their path to redemption takes a twistier turn, as Abnesti’s experiments start to push the limits of free will altogether.”