Star Wars fans who have been suffering from sci-fi withdrawal since the release of  Star Wars: The Rise of Skywalker, have been debating the answer to the above question after listening to the eerie laugh of Emperor Palpatine in the video

Who controls the Sith Troopers?

Star Wars fans who have been suffering from sci-fi withdrawal since the release of  Star Wars: The Rise of Skywalker's trailer, have been debating the answer to the above question after listening to the eerie laugh of Emperor Palpatine in the video.

While many have been justifying that 'Sith troopers' would make Emperor Palpatine the obvious choice, a leaked Sith Trooper t-shirt has slammed all arguments crowning the Supreme Leader of the First Order Kylo Ren as the Commander-in-chief of the Sith Troopers.

The photos of the official Disney Merchandise have been circulating for a week on Reddit. While Star Wars' official website has hidden visuals of the T-shirt, the photos on Reddit clearly show a Stormtrooper's helmet printed on the black t-shirt with the legend 'Under the Strict command of Kylo & the Knights of Ren' under it.

Here is the photo: 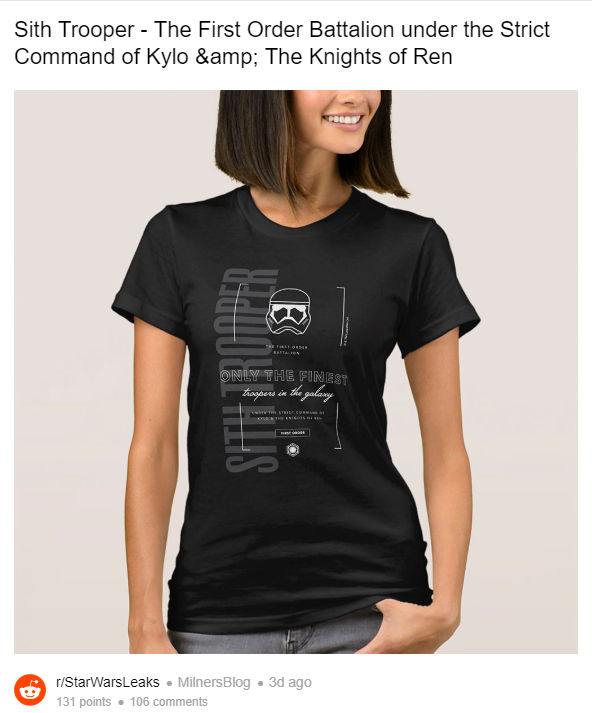 According to Reddit, this photo disproves previous beliefs that the Sith Fleet belongs to Palpatine which explained their disappearance for such a long time as they could have been floating somewhere in space undetected. Many believe that the photo confirms that the Sith Troopers couldn’t possibly be working under anyone but Kylo and his knights.

While Episode VIII ended with Kylo Ren taking over as the Supreme Leader of the First Order by killing Snoke and failing to turn Rey towards the Dark Side, fans have been speculating Emperor Palpatine's revival in Episode IX. Adding to the confusion, Star wars released a new red Sith Trooper toy.

Star Wars Episode is set to release on December 2019. 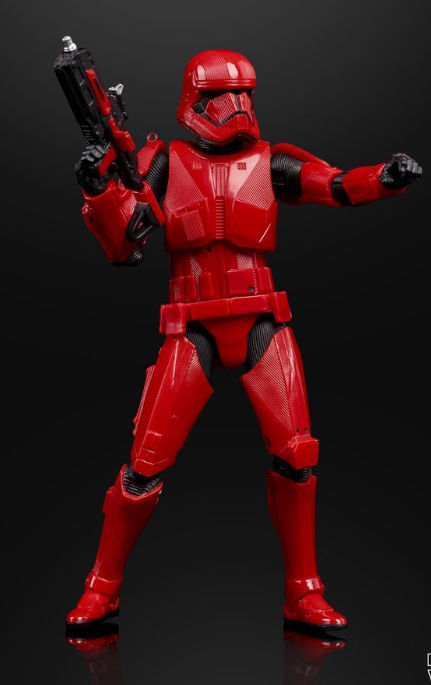 Netizens have been wondering who controls 'Sith troopers':

Can we talk about the fact that every red trooper thus far has been acting as guards in some capacity or another? Which Sith would these "Sith Troopers" be guarding... #StarWars #TheRiseofSkywalker #SithTrooper #Palpatine pic.twitter.com/xs0tuHyxdB

Sith Trooper reveal has got me thinking, have I ever actually talked about my semi-crack (i.e. I think I might be right but have no proof) theory that Hux is going to be possessed by Palpatine for the first half of TROS hence some of the KOR being evil and the Sith Troopers?

The inclusion of Palpatine plus the recent release of the Sith Trooper toy, however, made me afraid that it is the latter route that TROS might take. Still hope there are some interesting twists that create something new, something like ROTJ but more cohesive and forward looking.