Taika Waititi In Race To Be The Next James Bond? Take A Look At His Hilarious Campaign

There is a new Bond candidate in town. Taika Waititi had added his name to the race of becoming the new James Bond after Daniel Craig. Read More. 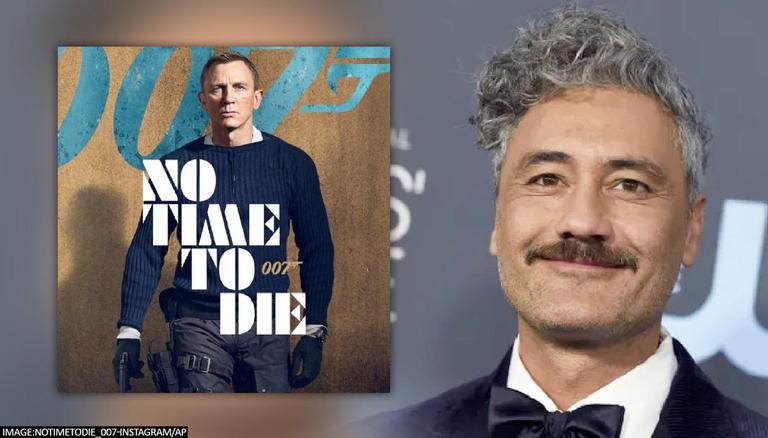 
Ever since it was announced that Daniel Craig would be stepping down from the iconic role of the British spy, James Bond, fans have been speculating about who could be the next Bond. Several names including Henry Cavil, Idris Elba, Tom Hardy are rumoured to be in the race to become the next Bond, however, a very surprising name has cropped up. Actor/director Taika Waititi has now started a campaign to join the race for becoming the next bond.

Oscar-winner filmmaker Taika Waititi is jokingly campaigning on social media to become the next James Bond following Daniel Craig's departure from the franchise. Craig, who had taken over the role from Pierce Brosnan in 2006, announced that he would be stepping down as James Bond after No Time To Die, thus ending his run as the British spy 15 years and five movies later.

Replying to a story about the next James Bond not being cast until 2022, Waititi took to Twitter to jokingly add himself to the race to become the next James Bond. The writer/director/actor posted a couple of funny photos of himself for consideration paired with a caption calling out to the franchise's producer Barbara Broccoli, saying that he has been waiting for the call. Take a look at the hilarious tweet below.

James Bond producers Barbara Broccoli and Michael G Wilson, who have been associated with the spy-thriller for a long time now, talked about the idea of replacing Daniel Craig. In an interview on BBC Radio 4’s, the half-siblings and heads of Bond outfit Eon Productions were asked if they have chosen the actor who might replace Craig’s 007. To which Broccoli said, "Oh God no, we’re not thinking about it at all. We want Daniel to have his time of celebration. Next year we’ll start thinking about the future." Meanwhile, Wilson added, "He’s been such a great Bond. Those are big shoes to fill. I can’t even [think if it’s] possible." No Time To Die had its world premiere in London on September 28 and the movie was released in theatres in the United Kingdom and India on September 30 and will release in the US on October 8.

WE RECOMMEND
Daniel Craig's next venture after James Bond to be in Broadway with Ruth Negga
James Bond movie premiere, Jennifer Aniston on dating: Hollywood recap for Sept 29
James Bond star Daniel Craig made honorary Commander in British Royal Navy
No time to die actor Lashana Lynch on the next 007: 'James Bond could be man or woman'
'James Bond' Daniel Craig's pink jacket at 'No Time To Die' premiere leaves fans divided
Listen to the latest songs, only on JioSaavn.com