Robert Pattinson starrer 'The Batman' directed by Matt Reeves was given the rating of PG-13 by MPA for 'Violence and Disturbing' content. 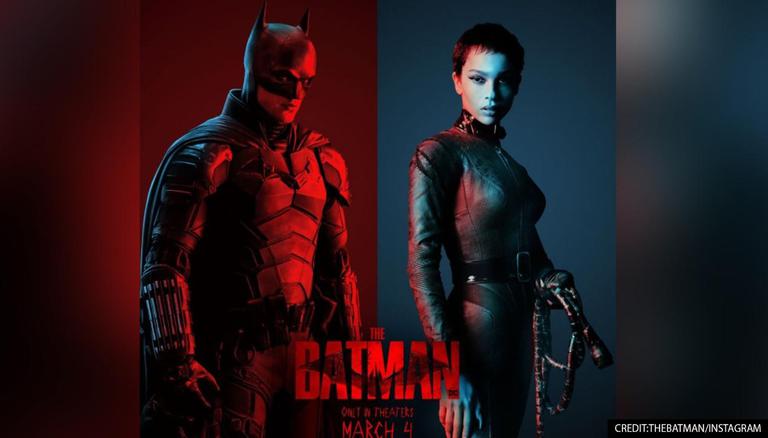 
The upcoming big-screen adaptation of the Caped Crusader, The Batman, is all set to release in a few months. The movie has been a topic of discussion for media and fans as it will introduce Robert Pattinson as the Dark Knight and is being helmed by Matt Reeves. The Batman is one of the most anticipated DC Comics-inspired movies of the year and the rating of the movie has finally been unveiled.

'The Batman' gets PG-13 rating

DC's upcoming movie The Batman received its rating ahead of the movie's release. According to a new listing from The Motion Picture Association's Classification and Rating Administration, The Batman has been rated PG-13 for "strong violent and disturbing content, drug content, strong language, and some suggestive material." After the first two trailers of the movie were released, several fans predicted that the movie would be R-Rated due to its dark theme and violence.

Amidst the surge in COVID-19 cases, several studios and filmmakers have been postponing the release date of their movies. However, WarnerBros. assured fans that the movie will be released on the scheduled date i.e March 4, 2022. The movie will also be streaming on HBO Max in April 2022 after a 45-day exclusive window in theatres.

More about The Batman

Both Matt Reeves and Robert Pattinson have shared that the upcoming Batman movie will be quite different from previous versions as it will feature the superhero in the early days of his vigilantism. In a featurette played during the 2021 ComicCon, Reeves said, "I felt that we've seen lots of origin stories. It seems things go further and further into fantasy, and I thought, well, one place we haven't been being grounding it in the way that Year One does, to come right into a young Batman, not being an origin tale, but referring to his origins and shaking him to his core."

The cast of The Batman also includes s Zoe Kravitz as Catwoman, Jeffrey Wright as the GCPD’s James Gordon, John Turturro as Carmine Falcone, Peter Sarsgaard as Gotham D.A. Gil Colson, Jayme Lawson as mayoral candidate Bella Reál, Andy Serkis as Alfred and Colin Farrell as Oswald Cobblepot. The movie is set to grace the theatres In the United Kingdom on March 4, 2022.

WE RECOMMEND
'The Batman' release date to remain unchanged amid COVID spike, confirms WarnerMedia CEO
Ben Affleck reveals why he dropped out of 'The Batman' movie which he would act & direct
The Batman's new still teases chemistry between Robert Pattinson & Catwoman Zoe Kravitz
The Batman Trailer is here; Robert Pattinson goes shirtless in his DC Debut
'The Batman' makers unveil detailed glimpse at Paul Dano’s scary Riddler costume
Listen to the latest songs, only on JioSaavn.com