'The Conjuring 3 Is More Of A Love Story Than A Horror', Says Lead Actor Vera Farmiga 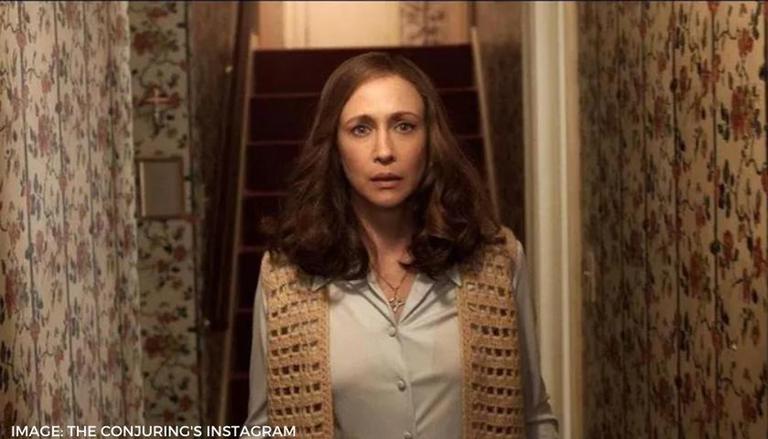 
Ed and Lorraine Warren are central to 'The Conjuring' universe with almost all paths leading back to them in some way or the other. The actors who portray the characters, Patrick Wilson and Vera Farmiga, revealed in an interview what made them return to the franchise for each installment. The duo revealed that it was the relationship their characters shared that made them return to the franchise each time. Vera Farmiga said in the same interview that according to her, at the core of The Conjuring 3 was the love Ed and Lorraine Warren shared. This movie was more a love story than a horror story, she asserted.

Lorraine and Ed Warren have collaborated on some of the most well-known supernatural adventures of all time, and their passion for each other is evident in the films. As per director Michael Chaves, the devotion they have for each other will be called into question in The Conjuring 3, the darkest installment yet, as per him. This chaos has always lurked under the surface of the franchise, seeking to consume both the Warrens and the people they are attempting to save.

Farmiga announced at a media briefing that "love still triumphs". The actor claimed that the Warrens' bond is what brings her returning to the series time after time again. Farmiga considers The Conjuring 3 to be more of a love tale than a horror film, and that love extends beyond the Warrens to the people they assist and the cases they operate on. Finally, Farmiga considers the series' romance as something that helps the horror to be more palatable.

READ | 'The Conjuring 3' is the franchise’s 'biggest & darkest' movie yet, says director

Before quitting in the 1990s, Ed and Lorraine Warren collaborated on cases jointly, and their relationship has always been essential to the storylines in the movies. In reality, it's obvious how their own family motivates them to support the households in the first two movies, and The Conjuring 3 appears to be no different. Nonetheless, the forthcoming sequel will bring their love to task in a way that no previous installment has.

READ | 'The Conjuring: The Devil Made Me Do It' unveils six new pictures ahead of trailer release

Lorraine's abilities in The Conjuring 3 appear to be growing stronger, posing a greater danger. Lorraine's abilities, as beneficial as they are, put a lot of stress on her, and earlier movies have shown us how this affects her. This has caused some friction between her and Ed, mostly because he is terrified of losing her to the forces they are battling. It's obvious that The Conjuring: The Devil Made Me Do It would bring their marriage to the test once more, and while they'll both live, their love would be put in danger like never before.

READ | From Amit Mistry's death to The Conjuring 3 trailer: Here's today's entertainment recap
READ | If you loved 'The Conjuring 3' trailer, here is a list of horror films to binge-watch