The Conjuring 3 To Release Worldwide On June 4, But Indian Audiences Have To Wait Longer

The Conjuring: The Devil Made Me Do It or The Conjuring 3 release date in India still remains a mystery. Indian fans of the franchise have nothing but to wait! 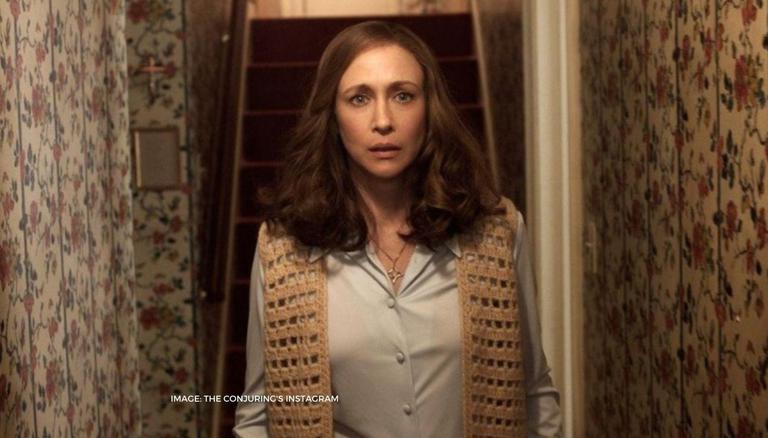 
Films are currently having a tough time getting release dates due to the second wave of the COVID-19 pandemic. One of the most awaited horror films of the year, The Conjuring: The Devil Made Me Do It seems to have the same problem as uncertainty still looms over its release in India. As far as The Conjuring 3 release date is concerned, the film is getting its silver screen debut on June 4, 2021 around the world. The film will also get a direct-to-OTT release on HBO Max, in many parts of the world. The movie will be available for streaming at no extra charge to HBO Max users for a total of 31 days from the date of release. However, with lockdowns still intact in most parts of the country, the film’s theatrical release seems to be far.

Along with several other movies, The Conjuring: The Devil Made Me Do It had earlier shifted its release date a couple of times due to the pandemic. Originally set to hit the theatres on September 11, 2020, worldwide, the movie was first shifted to early 2021. Now, the movie is officially releasing on the silver screen in most parts of the world on June 4, 2021. The makers of the most successful horror movie franchise have gone ahead and decided to release it, causing India to miss out on a theatrical release. The fans of the franchise are saddened by the revelation as this will be the second big title film Indian audiences will have to wait for after Fast & Furious 9, which was set to release in June 2021. Fans hope that the Conjuring 3 release date in India will be announced soon.

The makers of The Conjuring 3: The Devil Made Me Do It have released multiple new clips in the past few weeks causing intrigue among the fans. In one such teaser clips from Edward Warren and Lorraine Warren's latest on-screen paranormal adventure, the audiences can see some of the main characters face the adverse effects of an exorcism going wrong. The clips in question also give the viewers a sense of the motives of the titular "Devil" and that of his character.

A little about The Conjuring 3: The Devil Made Me Do It

As per a report on ScreenRant, The Conjuring 3: The Devil Made Me Do It will follow the story of Arne Johnson, who killed his landlord in the year 1981. Post his arrest, Johnson went on to claim demonic possession as a defence, making him the first one in the history of the United States to do so. Soon, the case would come to be known as the Devil Made Me Do It case, which has been incorporated in the upcoming film's title.

READ | The Conjuring: The Devil Made Me Do It is inspired by THIS film & it's not a horror movie

Originally, the case even involved an 11-year-old David Glatzel, who was believed to be possessed after a lengthy list of troubling occurrences. His family, eventually, contacted the Warrens. It was during an attempted exorcism of Glatzel that family friend Johnson, who was present at the time, is said to have been possessed by the demon that resided in Glatzel all along. The film in question will see the return of Patrick Wilson and Vera Farmiga as real-life supernatural entity specialists Edward Warren and Lorraine Warren respectively.

READ | 'The Conjuring 3': Know all about the real-life court trial that inspired the film