'The Office': Makers Spent Whopping $40,000 For Rights To THIS Song In Disco Cafe Episode

In the latest episode of 'Office Ladies', it was revealed that the producers spent a whopping $40,000 for the rights of a song used in the Disco Cafe episode. 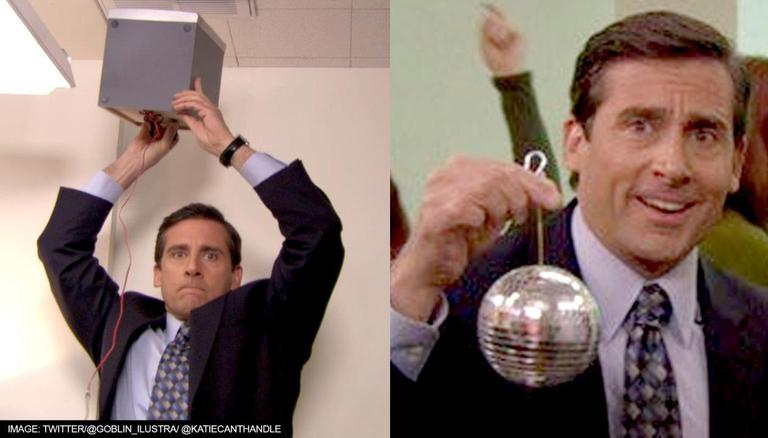 
In the latest episode of Office Ladies hosted by cast members Jenna Fischer and Angela Kinsey, it was revealed that the producers spent a whopping $40,000 for the rights of a song. The song in question was Everybody Dance Now, which plays in the iconic Disco Cafe episode in Season 5 of The Office. The sitcom starred Steve Carrell, BJ Novak, Rainn Wilson, John Krasinski, Mindy Kaling, and others in pivotal roles.

The Office spent $40,000 for rights to Everybody Dance Now

In the podcast, Jenna Fischer revealed that the production team of the show spent $40,000 for the rights of Everybody Dance Now, which played in the famous Disco Cafe episode. The episode sees Michael Scott, the boss of Dunder Mifflin Paper Company, start a disco in the office. To get his employees excited about the party and to get them to come down, he plays Everybody Dance Now by C+C Music Factory on a speaker. However, this is not the only time the song plays. It is also used during the dance-off between Ed Helms' Andy and Mindy Kaling's Kelly. The only song that features in the episode is Y.M.C.A. by the Village People.

Explaining why such a massive amount was spent for the song, Jenna mentioned that the team behind the much-loved sitcom believed it was essential, so the cast could 'sing along or hum along' to the number. To do this, the team had to procure the music rights of the hit song. Here's a glimpse into the famous Disco Cafe scene.

The Office Ladies podcast decodes a new episode of the sitcom on their show and gives fans some behind the scenes insights. They earlier spoke about the season 5 episode Casual Friday, in which Brian Baumgartner's Kevin brings in a pot of chilli and spills it all over the floor. Baumgartner was invited on the podcast as a guest and revealed that the scene was shot in a single take and shared that he was 'tremendously proud' of it. He shared that it had to look 'as realistic as possible' and that the prop master told him beforehand that he had only 'three pieces of carpet' to spill the chilli on for his scene.