'The Wheel Of Time' To Premiere On Amazon Prime Video In November; Read More

Amazon Prime Video has announced that 'The Wheel of Time' will be released in November this year. 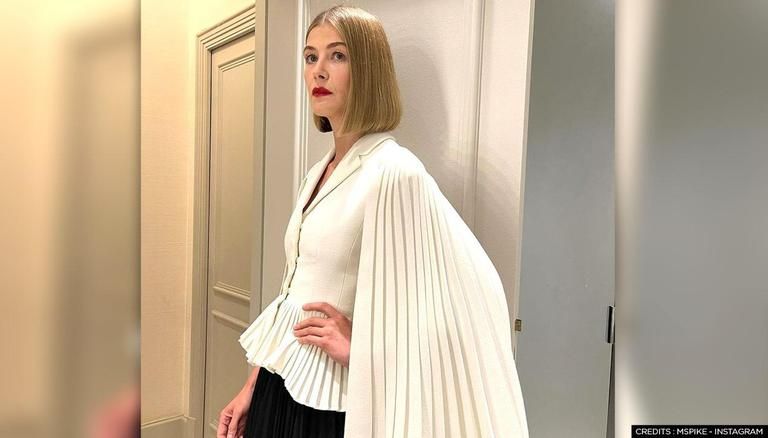 
Rosamund Pike's new series is finally on its way for release. Online streaming giant, Amazon Prime Video has recently announced that Rosamund Pike starrer fantasy television series titled The Wheel of Time will be premiering in the month of November 2021. The news was announced on the upcoming show's official Instagram handle by sharing a new poster of the much-awaited series. Sharing the news, the makers penned a simple caption.

Rosamund Pike's 'The Wheel of Time' to release in November

A post shared by The Wheel Of Time (@thewheeloftime)

Taking to their official Insta handle, the makers of the fantasy drama have revealed that the show will debut in the month of November. In the picture, Pike can be seen sporting her character, Moiraine avatar. The poster does not reveal much detail about the show except for the release month. As for the caption, the makers simply wrote, "See you in November, Dragonsworn".

READ | The Wheel Of Time: All you need to know about the upcoming series cast and crew

As soon as the announcement was made, many fans rushed to express their excitement for the upcoming OTT series. Several fans asked for the release date, while a few others said that they "cannot wait for the release". A fan commented, "I wish I could like this more than once!", while another one wrote, "Mindblowing! This is lit!!" with a fire emoticon. A netizen chipped in, "The wait is almost over". Another one added, "Yaaass. Can't wait for the trailer" with several clapping hands emoticons. 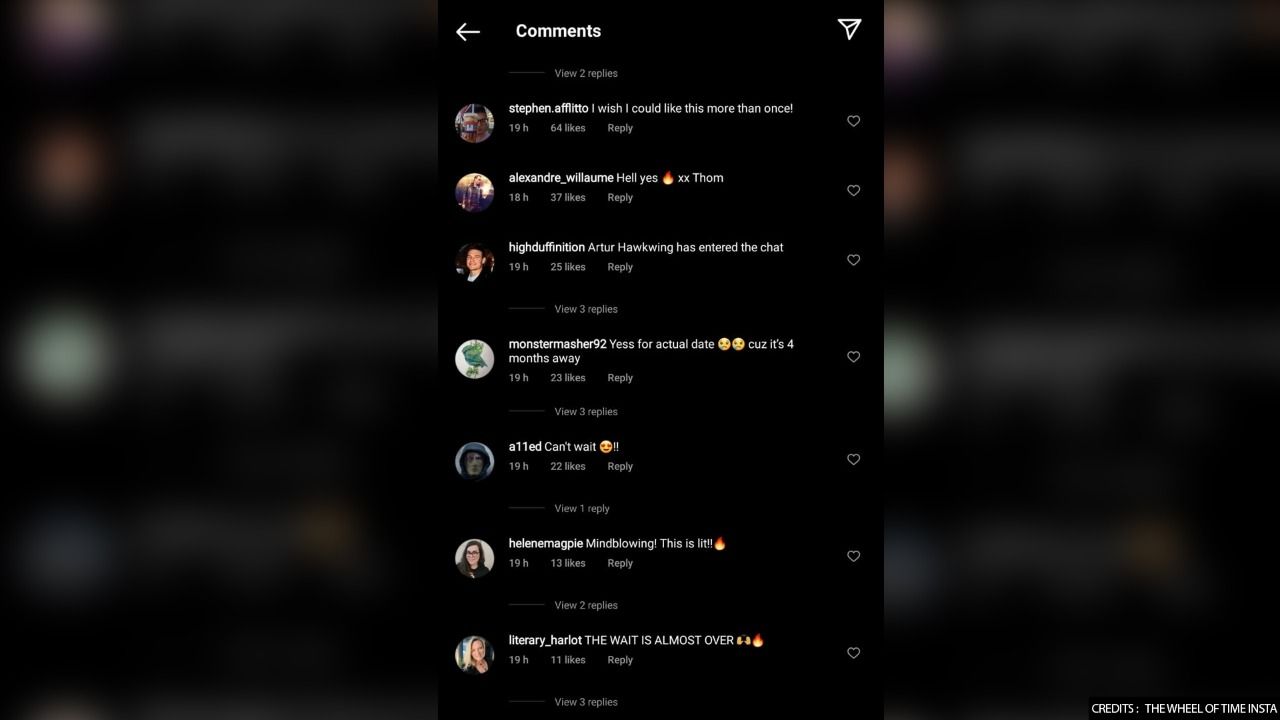 The upcoming Amazon Prime series is an adaptation of Rober Jordan's bestselling novels with the same title. Set in a world where the magic exists, the plot shows that only several women are allowed to wield the magic. The makers have also signalled for a second season featuring the lead actor, Rosamund as Moiraine. She will be seen playing a member of a magical only female organisation, who leads five young people on a journey across the globe while trying to understand which one of them will fulfill the Dragon Reborn's prophecy. The series also features Daniel Henney, Josha Stradowski, Marcus Rutherford, Zoe Robins, Barney Harris, and Madeleine Madden. Rosamund Pike is also producing the upcoming drama while Harriet McDougal and Brandon Sanderson are consulting producers. Rave Judkins serves as showrunner of the show.