Matthew Perry recently announced calling off engagement with Molly Hurwitz. Now, the TikToker who exposed Matthew on Maya says people blame her for the split 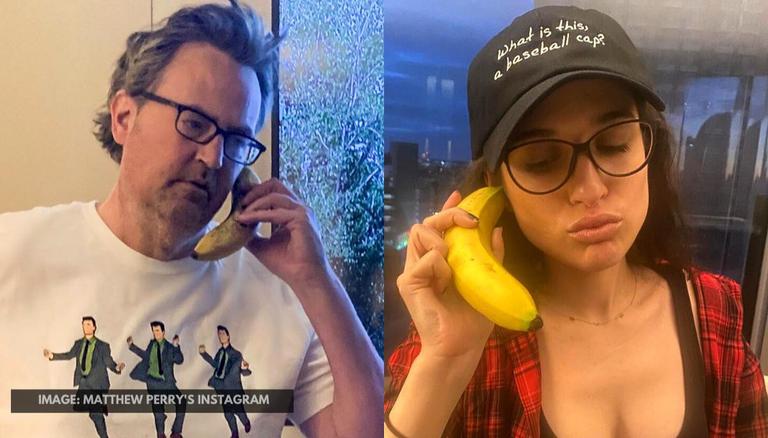 
While actor Matthew Perry has been making headlines lately ever since he starred in the much-awaited Friends Reunion special episode, the recent news about Matthew Perry's engagement with Molly Hurwitz being called off by the couple took many by shock. Although the former couple hasn't yet revealed the reason behind parting ways, the 19-year-old TikTok user Kate Haralson, who had made headlines after she released the viral FaceTime video of herself with the Friends star, recently revealed that everyone is blaming her for Matthew and Molly's split. On Wednesday, the official Instagram handle of Deuxmoi shared a screenshot of their DMs with Kate, wherein the TikToker revealed that the celebrity couple were "on a break" when she had spoken to the Canadian-American actor.

Matthew Perry is popular for his portrayal of Chandler Bing in the American sitcom Friends. He recently called off his engagement with fiancée Molly Hurwitz after dating the 29-year-old for two years. In a statement, according to PEOPLE, the 51-year-old said things didn't work out between them and as a result, they found it best to call it quits. For the unversed, the ex-couple got engaged last year in November after dating each other since 2018.

While the couple ended their almost three-year-long courtship just a couple of days after the Friends: The Reunion episode released, Matthew Perry and Molly Hurwitz haven't revealed what exactly led to their breakup as of yet. However, TikToker Kate Haralson has been apparently receiving a lot of hate online post Matthew and Molly's breakup as many believe she was the reason behind the love birds' separation. Back in May, Kate made her FaceTime video with the actor public after having a conversation with Matthew Perry on Raya and was slammed by netizens for doing so.

Now, in a conversation with Deuxmoi on Instagram, the TikToker has revealed that everyone is counting her responsible for the breakup. She wrote, "Matthew Perry and fiancee split everyone blames me lol". Upon being asked, "was he with her when u guys talked?", the 19-year-old quipped, "No! They were on a break."

READ | Matthew Perry then and now: Take a look at Chandler Bing through ten seasons of 'FRIENDS' 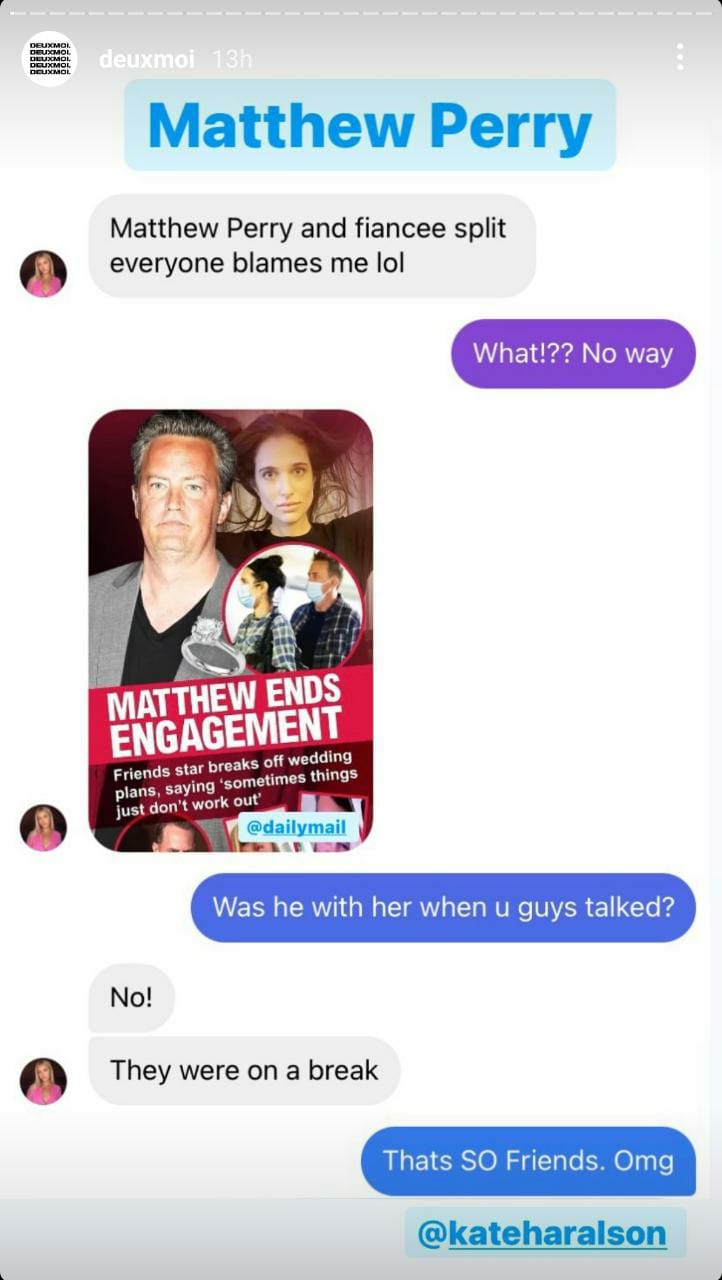