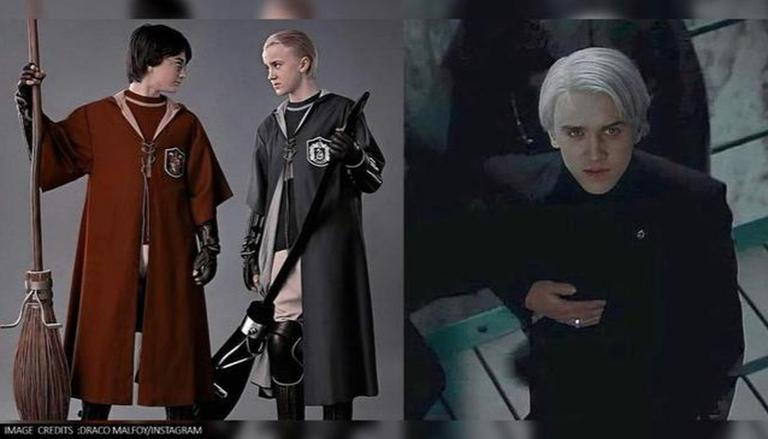 
September 1 marks two decades since the release of Harry Potter and the Sorcerer's Stone, and Potter fans are ecstatic. The YouTube channel titled the Wizarding World is celebrating the occasion by paying tribute to the much-loved franchise for four months. The celebrations begin with an event called Back to Hogwarts Day and it will see a guest appearance by Tom Felton, also known as Draco Malfoy

The event conducted is presented by the Harry Potter Fan Club. DJ and superfan of the series, Yinka Bokinni hosted the event. The event also featured a special guest, who fans were waiting eagerly to see. Harry Potter’s Draco Malfoy, played by Tom Felton, also arrived at the event.

Tom Felton dropped a hint on Instagram and made a reel recently. The audio he used was from Malfoy’s introduction in the film franchise for the first time. The reel sees the actor lip-syncing Harry Potter and Ron Weasley’s parts. He captioned the reel, “1st Sept at 10:30 amBST I’m going Back to Hogwarts for #20yearsofmoviemagic”

While speaking about 20 years of the first film of the Harry Potter franchise, Tom Felton said he could not believe it had been so long. He also spoke about how a lot of the film’s fans were not even born when the first film was made and this means the film is ‘being handed down from generation to another.' He also spoke about the overwhelming experience of getting fan mail way back in 2001, when the first film was released. Tom Felton was also asked if he related to Draco Malfoy in the Harry Potter series and his first response was, “Not at all, but it was a fun character to play”.

The actor is extremely active on social media and follows several TikTok challenges. He is famous for the way in which he says ‘Potter’ in the films and mentioned that he is often requested by fans to say it even when he is on the streets. He said, “The best thing about Harry Potter is that it has inspired so many people across the world.”