Vin Diesel Confirms Cardi B Will Be Part Of The Fast & Furious 10; Read Details

Vin Diesel confirms that Cardi B will be a part of the Fast & Furious 10 as well. Read on to know more about what he said and the rapper's character. 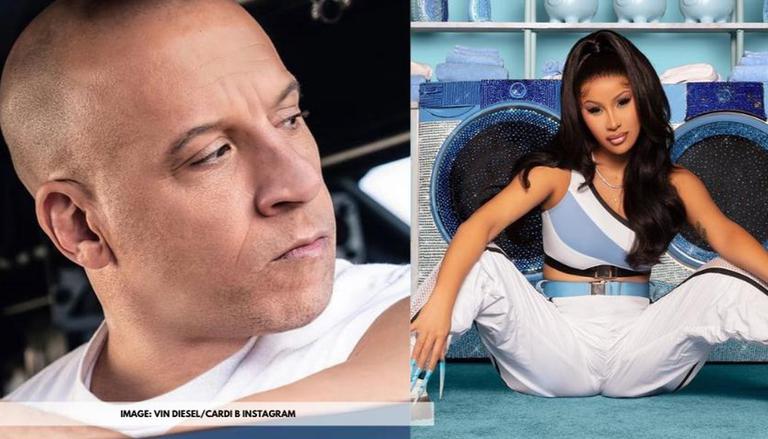 
Vin Diesel aka Hollywood's Dominic Toretto has confirmed that the fans will indeed get to see Leysa, the character played by Cardi B in Fast & Furious 10. While talking about the same, the action star implied that the team is looking to further develop the rapper's character and is excited to see what she has to offer. Additionally, while clearing the air over Cardi B's involvement in the franchise, Vin Diesel said that Cardi B is definitely a part of the core group that the franchise is based on. Read on to know more.

Vin Diesel on the inclusion of Cardi B into the Fast Saga family:

While on that topic, Vin Diesel, while conversing with the officials at ET Online, implied that the makers of the forthcoming Fast and Furious films are committed to the evolution of the character that will be played by Cardi B in Fast & Furious 10 as well. During the end of his comments over Cardi B's inclusion to the core group, Vin Diesel was quoted jokingly saying that she just made the cut very recently and even said that she just found her way to the Fast and Furious film saga cast list "just in time". More information regarding her character and function in the film will be shared with the readers as and when they are made available.

It is believed that Cardi B's character, Leysa, is a character that has a bit of a history with Diesel's Dominic Toretto. The upcoming movie will also see John Cena play Yakob Toretto. As is evidenced by the trailers and the promos that have been released by the makers of the film thus far, old chapters that are a part of the Toretto Family's story will be revisited by some of the characters in the film. Additionally, old rivalries will spawn new tensions and be a driver of the plot of the upcoming film. The act of Vin Diesel in Fast & Furious 9  can be seen on June 25th. On the Fast & Furious 9 release date, certain select IMAX screens around the world which will play the film will also give its viewers a glimpse into Jurassic World: Dominion via an extended preview.

WE RECOMMEND
Will Paul Walker's daughter Meadow star in 'Fast & Furious' franchise? Vin Diesel answers
Vin Diesel teases Groot's return to his home planet in a future MCU project
Vin Diesel all set to join the 'Avatar' cast? Here is what he has to say
Vin Diesel showers love on 'best sister' Jordana Brewster ahead of 'F9' premiere
Vin Diesel starrer 'Fast and Furious 9' to screen at Cannes Film Festival in July