Vincent D’Onofrio shared how he learned about his on-screen enemy Charlie Cox' Matt Murdock/Daredevil's appearance in 'Spider-Man: No Way Home' 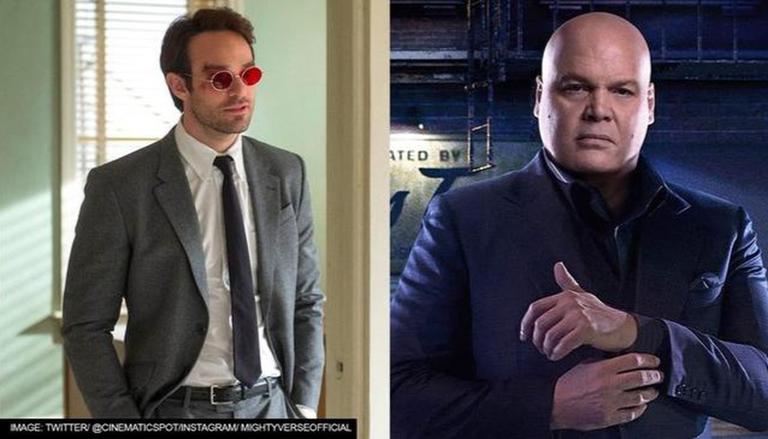 
Spider-Man: No Way Home and Hawkeye proved to be a treat for Daredevil fans as the MCU's latest movie and show bought back the characters of Charlie Cox's Matt Murdock and Vincent D’Onofrio's Kingpin. D’Onofrio, who returned to the screen as the crime lord in the Hawkeye series shared how he learned about his on-screen enemy Matt Murdock's return to MCU.

Charlie Cox's Matt Murdock/Daredevil made a cameo in No Way Home driving fans of the show crazy. Daredevil was cancelled by Marvel after three seasons and Cox's appearance in the latest movie hints at Daredevils future in Marvel's Cinematic Universe.

The season finale of Hawkeye introduced Vincent D’Onofrio's Kingpin as the main antagonist of the show, he was first introduced in the show Daredevil. While speaking with Hollywood Reporter, D’Onofrio opened up about the moment when he learned about Charlie Cox' Daredevil's appearance in No Way Home. He said, "Charlie and I are friends, but we don’t really talk about Marvel stuff together because we know about all of the complications with reveals and stuff like that and what we’re contracted to say and not say. But as soon as Kevin revealed the fact that Charlie was going to participate, Charlie called me immediately and we had a huge conversation about it, which didn’t include anything about Hawkeye."

Vincent then added, "But when they showed the phone shot of Kingpin in [last week’s] episode of Hawkeye, I immediately called Charlie and we had another two-hour conversation. (Laughs.) So we are friends and we do talk about this stuff, but we do it very carefully and in an appropriate way."

Is Kingpin dead after Hawkeye?

Meanwhile, Hawkeye's season finale ended at a cliffhanger and left fans questioning about Kingpin's future in MCU. The episode showed Kingpin being held at a gunpoint by his niece Maya Lopez, who has learnt that he manipulated Ronin into killing her father. A gunshot is heard being fired, filled by a sound of a body hitting the ground, although it is unclear whether Kingpin is dead. D'Onofrio answered whether Kingpin was really dead and said, "I can comment personally. I can't comment about any fact because [Marvel Studios] just don't tell me."

WE RECOMMEND
‘Hawkeye’ Episode 6 trailer released: What to expect from Season 1 finale?
Hawkeye Episode 4 release date and time: When does the new episode hit Disney+ Hotstar?
Vincent D'Onofrio reveals whether Kingpin is alive after 'Hawkeye' season finale
'Hawkeye' Episode 6: Significance of Avengers Rolex pursued by Clint Barton explained
'Hawkeye': Makers reveal how they finalised 'Jolt' for role of Pizza Dog
Listen to the latest songs, only on JioSaavn.com