Walking Dead Season 11-an American post-apocalyptic horror TV series based on the comic book series of the same name whose final season is set to premiere soon. 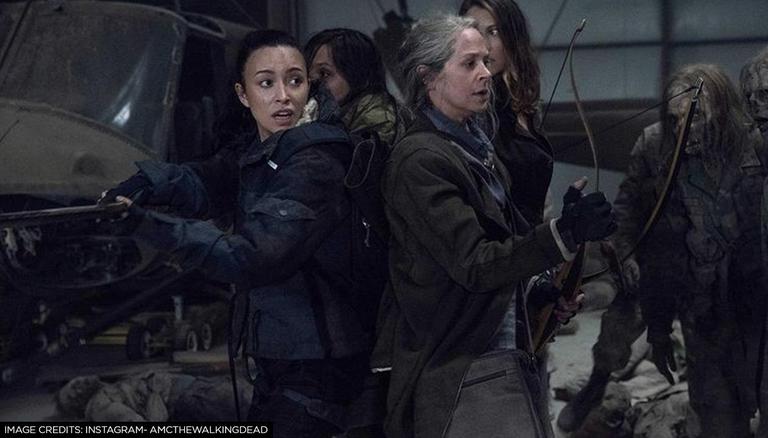 
Ahead of the premiere of AMC's The Walking Dead season 11, makers have released a glimpse of what's in store during the finale later this week. The much anticipated first episode titled Acheron: Part 1 is streaming live on AMC+ ahead of its August 22 premiere on AMC. The post-apocalyptic horror television series, which is based on the comic book series of the same name created by Robert Kirkman, Tony Moore, and Charlie Adlard, released its nerve-wracking first glimpse called, A Drop of Blood, and it's definitely not for the weak-hearted.

With the buzz going around, many ardent fans of the show still get puzzled about why the characters do not use the word Zombie? Continue reading to know more

Zombies, with their gory presence and murderous walk, have terrified audiences for years. However, when it comes to the show, the zed word' has never been used to refer to the hellish characters, instead, they're called ravenous undead walkers – for the most part of the show. As the show's characters  Rick Grimes, Darryl Dixon and Maggie Greene traverse through the post-apocalyptic landscape, they've come across many survivors with their own names for the undead. Those references include creepers, deadheads, geeks and biters, but not Zombie.

READ | 'The Walking Dead' season 11 release date: When is the show hitting OTT?

Creators of the show and comic book, Conan O’Brien and Robert Kirkman mentioned how the ‘Zombie lore is very popular' making them avoid the stereotype of  ‘hey, why isn’t that character just shooting that zombie in the head because of all those movies I saw?’. The characters lack exposure to the idea of zombies, with no cultural foundation to call upon when they deal with entities in the dangerous and violent world. Therefore, different communities have their own notion of what we call a 'zombie'.

Where to watch The Walking Dead season 11?

The 11th and ultimate season of the fan favourite show is set to premiere in the UK on Monday, August 23 after premiering in the US on AMC on August 22. The 11th season will consist of 24 episodes, which will be released weekly. The UK fans can keep up with the zombie thriller through a Disney Plus subscription. It is available for streaming on Star on the Disney Plus app, with respective subscriptions.

The Walking Dead will appear as a two-part premiere on August 24th on AMC of which the first part can be streamed by users on AMC+.