'West Side Story', 'The Power Of The Dog' Among Barack Obama's Favourite Movies Of 2021

Former President of the United States, Barack Obama, recently shared a list of his favourite movies from 2021, which includes 'West Side Story' and many more. 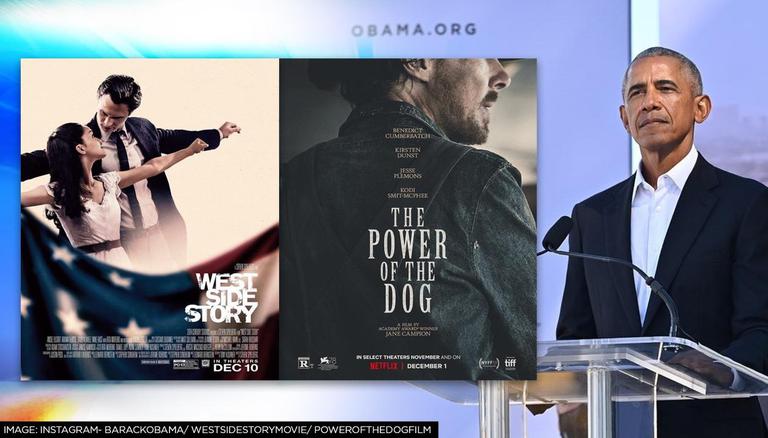 
Former President of the United States, Barack Obama, ends every year by unveiling his impeccable taste in art. He shares a list of art, including films and books, that amused him throughout the year and undoubtedly gives his fans some great suggestions to look into during the holidays. As New Year is about two weeks away, Barack Obama has already shared the list of his favourite books and movies and has promised his followers there are more to come.

Taking to his social media handles, Barak Obama highlighted how art sustains and nourishes the soul but it was storytelling and music that helped me to get through the pandemic. He wrote, "Over the next few days, I'll share my annual list of favorite books, music, and movies. Art always sustains and nourishes the soul. But for me, music and storytelling felt especially urgent during this pandemic year." "A way to connect even when we were cooped up," he added. Barack Obama's favourite movies of 2021 include some classic musicals and dramas like West Side Story and The Power Of The Dog. Sharing the list, he wrote, "Each of these films tells a powerful story, and I hope you enjoy them as much as I did."

A day ago, Barak Obama also shared a list of his favourite books from 2021. Taking to his social media handle, he wrote, "I’ll start by sharing some of the books that I read this year that left a lasting impression." His list included Matrix by Lauren Groff, How The Word Is Passed by Clint Smith, The Final Revival Of Opal & Nev by Dawnie Walton, and The Lincoln Highway by Amor Towles.

READ | 'The Power of The Dog' review: Netizens call it 'bold, shocking tale of toxic masculinity'

Barack Obama further asked his social media followers to suggest some films and books that he missed. He wrote, "Since these are works I have actually listened to, watched, or read, I’m sure I’ve missed some worthy stuff," via Twitter. "So if you have your own recommendations to share, I’ll add them to the stack of books and movies I hope to catch up on over the holidays!" the former US President added.

READ | 'West Side Story': Spielberg's film banned in UAE & other countries due to trans character