When Nick Jonas Ranked His 'Jumanji' Co-stars From 'most To Least Likable'; Read More

In the spirit of playing fun games, singer Nick Jonas avoided eating weird food after ranking his Jumanji co-stars from most to least likable. 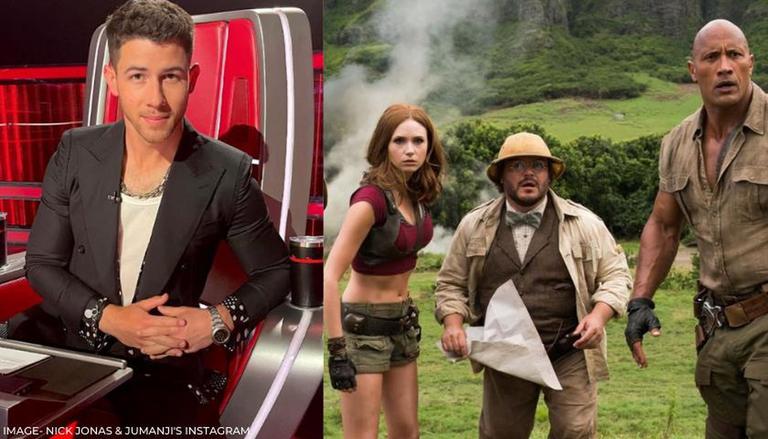 
In a throwback appearance on The Late Late Show with James Corden, American pop band The Jonas Brothers played a fun game together. Eating bizarre food in order to avoid spilling out secrets, the band members went through a hard time answering the questions present by James Corden. Dropping a major truth bomb, the youngest member of the band, Nick Jonas revealed his most and least likable co-star from his movie.

The 28-year-old singer was asked to rank his Jumanji co-stars that included Dwayne Johnson, Kevin Hart, Jack Black, and Karen Gillan, from most to least likable. The rules of the game, "Spill Your Guts or Fill Your Guts", required the brothers to eat a 'Bull pen*s' to avoid answering the question presented to Nick Jonas. About to start the shooting of Jumanji The Next Level, the singer found himself in hot waters over the question.

After contemplating for a while, the singer stated that 'they all control' whether Nick gets to be in the movie or not, specifically Dwayne Johnson. The host of the show wittily remarked that Dwanye "The Rock" Johnson would be the most likable for Nick, to which he promptly replied that he has huge muscles. Nick continued to answer the question ranking Karen Gillan in the second position for being kind and funny.

Nick Jonas' honest answers earned a remark from his older brother, Kevin Jonas, saying he cannot believe he was doing it. Nick ranked Jack Black in the third position for being funny to which Joe Jonas replied saying that his character 'definitely got killed' in the movie. Lastly, Nick simply apologized to Kevin Hart for putting him in the least likable position. The Jonas Brothers proceeded to applaud the youngest member for his honest answer.

READ | Nick Jonas bids farewell to 'The Voice' co-judges, says he will miss them

A post shared by Jumanji: The Next Level (@jumanjimovie)

Formed in 2005, the band of brothers started off their journey in Disney and delivered several hits in the late 2000s. The band's songs such as Sucker, Cool, and What a Man Gotta Do went on to become top-charting hits in several countries. Recently, Nick Jonas hosted the  2021 Billboard Music Awards.