Where was Cruella filmed has become a rising question since the movie premiered! Check out the places and read to know more details about this Emma Stone movie. 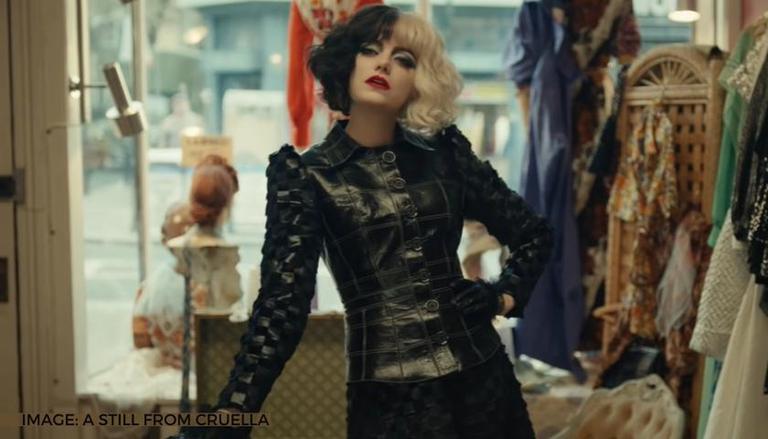 IMAGE: A STILL FROM CRUELLA


Cruella cast has Emma Stone and Emma Thompson in the lead roles. The recently released Disney film has garnered great reviews from the audiences. As the movie is becoming popular, many fans are wondering about its different aspects like its making, including Cruella's shooting location. Here's everything you need to know about Cruella's filming and where it took place.

Where was 'Cruella' filmed?

The shooting of Cruella extensively happened in London, the United Kingdom. The makers used several places in the movie. It includes heritage sites to popular streets. The backdrop had been altered with CGI as the film is set in the 1970s.

READ | 'Cruella' cast: Find out details of the actors and the characters portrayed!

According to CN Traveller, Cruella shooting location for Estella's first job place in fashion took place in the Liberty store. It is situated on Great Marlborough Street in Soho. The window of the store is used for a key sequence.

Cruella filming locations include Westminster, beside The Mall amid the grand buildings and statues of one of London's historic centres. It was used for exterior scenes of The House of Baroness. The gate of "Hell Hall" was filmed at Englefield Estate. The Baroness' country pile landed on Englefield House near Reading.

The Old Royal Naval College in Greenwich is one of the regal Cruella filming locations. It is in the scene where Cruella presents herself at the venue for a red-carpet sequence with a moped ride. The West London street, Portobello Road, famous for its market also features in the movie. It has the shops where the vintage-clothes outlets are situated which become an inspiration for Estella's transformation into Cruella de Vil.

RAF Halton, a military station in Buckinghamshire, was used as the exterior of the Baroness' London home. Anita Tattletale's office was filmed at an old cement business place in Aldermaston, Berkshire. The filming of Cruella started in August 2019 and wrapped in November.

Here's what fans think about 'Cruella'

In #Cruella, a young fashionista growing up thieving on the streets of #London tries to hide her true nature and hair colours from her squatter flatmates and their furry friends. After scoring a legit dream job she plots a hostile takeover to secure revenge. 73/100 #spoilerfree pic.twitter.com/9DxdLhppoP

#Cruella was better than some of the negative reviews, however it’s still has couple of problems. It’s tonally inconsistent. Doesn’t know if it’s wants to be a Guy Ritchie or Tim Burton film. The story was bloated and needed at least 30 minutes cut.

IMAGE: A STILL FROM CRUELLA