Where Was 'The Woman In The Window' Filmed? Here Are All The Details

Netflix film The Woman In the Window has been receiving mixed reviews from the audience. Read to know about the filming of the Woman in the Window, below. 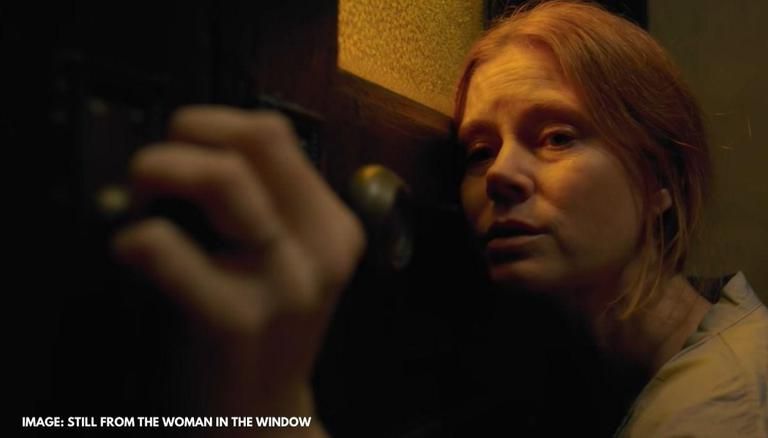 IMAGE: STILL FROM THE WOMAN IN THE WINDOW


The Woman in the Window is an American psychological thriller film directed by Joe Wright. The film is adapted from a novel with the same name, written by A.J. Finn. The film followed the story of an agoraphobic woman who begins to spy on her neighbours and witnesses a crime in their apartment. While the film has received mixed reviews from the critics and the audience, fans are left in awe of the location of the shoot. Read ahead to know where was The Woman in the Window filmed.

The Woman in the Window Filming location

The team of The Woman in the Window built a film set on a soundstage in Marcy Armory, a New York Armory in South Williamsburg, Brooklyn. Although the exteriors of the film were shot in the exact location, the interiors were built by the production house, for the perfect angles. When the movie opens, a house is introduced and the character is seen entering it. The team made sure to keep the actor, who played the character of Anna in the house for almost the entire film, till the shoot was completed.

They believed the more they kept her in, the more she would be able to connect to the character. The film revealed the real address of the house where Anna lives, which is 104 West 121st Street in Harlem. The Russells move into 101 West 121st Street which is right across the street. Both the houses are said to be just a block away from Marcus Garvey Park.

In the film, Anna lives in Manhattan, and the makers made sure to create a set that looks exactly like the location around Manhattan, where the film was shot.  The Woman in the Window cast includes Amy Adams, Gary Oldman, Anthony Mackie, and Fred Hechinger along with an ensemble cast. Amy Adams plays the character of Anna Fox, a psychologist while Alistair Russell’s character is portrayed by Gary.\

IMAGE: STILL FROM THE WOMAN IN THE WINDOW