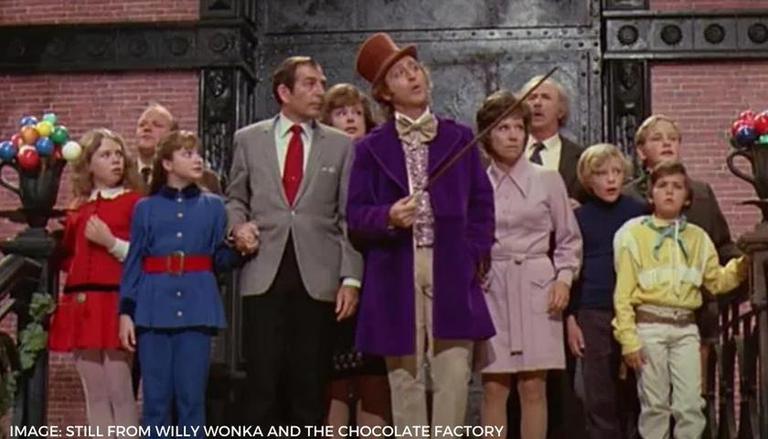 IMAGE: STILL FROM WILLY WONKA AND THE CHOCOLATE FACTORY


Willy Wonka & the Chocolate Factory released fifty years ago on the same day. The movie was a masterpiece and created a legacy for itself that people admire even today. The film was great because it appealed to children and adults alike, leading to adults of today, who have watched the film as children, to understand nuances that they did not before. This lends the film a timeless element. Thus, as the film completes fifty years, here are some Willy Wonka & The Chocolate Factory trivia that you may have missed out on earlier.

The film was completely funded by Quaker Oats

Willy Wonka's $3 million budget was completely sponsored by Quaker Oats. It was an unprecedented move for a food manufacturer to support a movie at that time. Willy Wonka producer David Wolper had recently completed a television program for Quaker Oats, during which he learnt that they were searching for a project to sell a new line of chocolate bars. Quaker Oats agreed to finance the movie and locate a company to distribute it, in exchange for a vehicle to market its Wonka candies.

Having to learn song and dance routines for any movie is always more challenging than it appears, but it was especially difficult for the Willy Wonka & the Chocolate Factory cast characterising Willy Wonka's obedient workers, the Oompa Loompas. All of the performers playing his imperious minions hailed from various European countries and the verbal communication made things even more difficult. You can see the odd lip-sync blunder if you keep your gaze fixed.

With their iconic visage, the orange-skinned, green-haired Oompa Loompas have amused and terrified children all over the world. However, in Dahl's novel, Wonka's small unearthly minions took on a new identity as a tiny tribe from "the deepest heart of Africa," as Dahl put it. Dahl's depiction of the figures in the story had been criticised by the NAACP, who mounted pressure upon production to change their looks.

Roald Dahl was not happy with how the film turned out

The name change, as well as racist claims from the NAACP (which enraged Dahl), could have tarnished Dahl's relationship with the film. However, those were only some of the reasons why the author loathed the cinematic adaptation of his story. Dahl reportedly despised Wilder's portrayal because he had always visualised a British actor in the role, envisioning comic actors such as Spike Milligan, Ron Moody, or Peter Sellers.

On June 30, 1971, Willy Wonka & the Chocolate Factory was premiered, and the world couldn't have cared less. It came in fifty-third place for the year, with relatively minor critical acclaim and low box office receipts. Fortunately, television gave it a fresh lease on life. It was devoured by children, and its legend grew. Why has it lasted this long? There are various reasons behind this, but the most persuasive is that it appeals to people of all ages, including children and adults. This makes it revolutionary, as it predates the present era of Pixar pictures, which successfully appeal to audiences of all ages.

IMAGE: STILL FROM WILLY WONKA AND THE CHOCOLATE FACTORY

WE RECOMMEND
'Willy Wonka' prequel finally gets a release date after being in development for years
'Charlie and the Chocolate Factory' all set to be adapted into a TV series
Leonardo Di Caprio's favourite movies as a child were these classics
The Poseidon Adventure cast includes Gene Hackman, Ernest Borgnine and many others
Where was 'Willy Wonka' filmed? Shooting locations of the Gene Wilder film revealed