A promo image of Zoë Kravitz as the Catwoman from Matt Reeve's 'The Batman' was released ahead of DC FanDome on their official page. See Pic 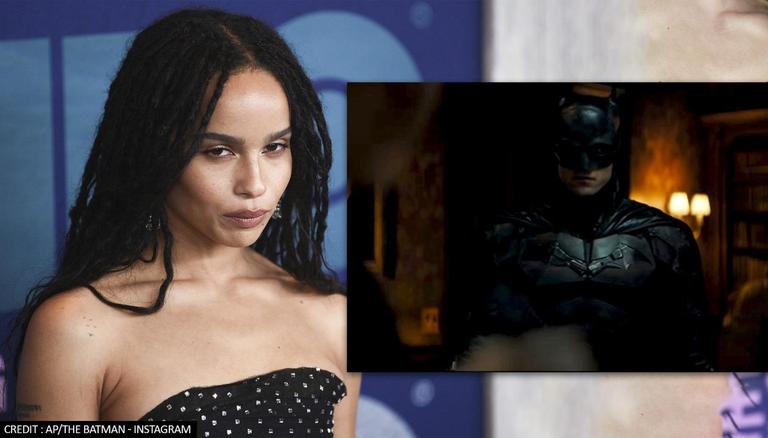 
The trailer of Matt Reeve's The Batman starring Robert Pattinson as the caped crusader was released last year at the DC FanDome. This year's DC FanDome will take place in October and will screen an exclusive new trailer of the movie. As the event gets closer, the makers have now released the first look of Zoë Kravitz as the feline femme fatale, Catwoman.

Robert Pattinson will be facing off against Selina Kyle in his debut role as the dark knight. Zoe Kravitz is on hand to play the iconic thief and anti-heroine, and the audiences have already got the first glimpse of her in action in the first trailer. The new promo pic for DC FanDome 2021 gave a clearer look at her costume.

The picture sees Kravitz in her burglary-ready balaclava, which has two subtle cat ear-shaped points at the top which allude to the character’s traditional cat-eared cowl. Selina’s stripped-back costume is reminiscent of the way Pattinson’s Bat-suit is very makeshift, which reminds us that both of these vigilantes are just starting out in The Batman.

Earlier in August, new footage of The Batman was screened at CinemaCon in Las Vegas and also included a featurette of the director Reeves and Pattinson talking about the upcoming dark knight film. As per IGN, Reeves was heard saying that the movie was inspired by Frank Miller's Batman: Year One. He said, "I felt that we've seen lots of origin stories. It seems things go further and further into fantasy, and I thought, well, one place we haven't been being grounding it in the way that Year One does, to come right into a young Batman, not being an origin tale, but referring to his origins and shaking him to his core."

Pattinson also spoke about his role as the dark knight and said that the project was different and special to him. He added, "For some reason, Batman has always stood out as one of the major characters of the 20th century, and so many people connect with it on such a deep level for so many different reasons. From the first conversation I had with Matt about it, I just knew that there was something radically different."

READ | Batman Day: 7 popular actors who played the role of the caped crusader

WE RECOMMEND
IPL 2021: DC, CSK, RCB on top of points table while others fight for Playoff berth
DC FanDome 2021: Cast to include Batman, The Flash, Aquaman 2 & many more superheroes
Fortnite leaks confirm King Shark, Cyborg and DC skins release to be delayed or scrapped
Batman Day: 7 popular actors who played the role of the caped crusader
Land agency moving back to DC, reversing Trump-era decision
Listen to the latest songs, only on JioSaavn.com