Singer and songwriter Adele is all set to come on TV with a CBS special concert and an intimate sit-down interview with actor and author Oprah Winfrey. 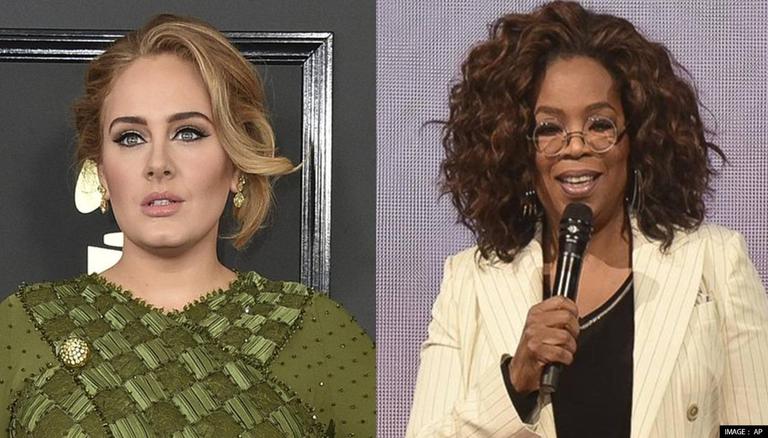 
Singer and songwriter Adele is all set to come to TV with a CBS special concert and an intimate sit-down interview with actor and author Oprah Winfrey. According to Gayle King, the upcoming TV musical event, Adele One Night Only is something worth looking for. The television personality spoke to ET Online as she walked the red carpet outside the Academy Museum of Motion Pictures held in Los Angeles for the premiere of Netflix's documentary miniseries, Colin in Black and White.

Adele to sit for an interview with Oprah Winfrey

Gayle King teased that Adele would be playing several new songs and her classics at the forthcoming concert event. The concert will also preview songs from Adele's highly-anticipated comeback album, 30, which drops five days later. "It was my ride or die through the most turbulent period of my life," Adele has said of the album.

The special features a candid conversation with the 67-year-old. During her conversation, King also revealed that Winfrey and Adele had never met in person before their chat. According to Oprahdaily.com, during her intimate sit-down with Winfrey, Adele will also touch on her life since her divorce from Simon Konecki (and also her relationship with a sports agent, Rich Paul), her wellness journey, and raising her nine-year-old son, Angelo.

READ | Adele's '30': From release date, title meaning, theme to tracklist, all you need to know

According to the site, the two-hour special interview will take place in the rose garden that overlooks the Pacific Ocean at Winfrey's Montecito home. It will air on Sunday, November 14 on CBS and will also stream on Paramount+.

Meanwhile, Adele confirmed that she is getting back on the road to perform songs from her new album and hits from her back catalogue. Adele has announced her forthcoming tour dates post her album titled 30 and Easy On Me single's success. Taking to her verified Twitter handle, the singer has unveiled the first two dates of the tour and with this, tickets are expected to sell out pretty fast.

The multi-award-winning singer-songwriter announced her comeback to music with the release of her single Easy On Me which is taken from her album 30. Taking to her official Instagram handle, she dropped a lengthy post that her much-awaited album, 30 will be releasing on November 19. She captioned the picture,

READ | Adele's 'Easy on Me' beats BTS; Breaks Spotify Record for Most Streams in a Day

"I was certainly nowhere near where I’d hoped to be when I first started it nearly 3 years ago. Quite the opposite actually. I rely on routine and consistency to feel safe, I always have. And yet there I was knowingly – willingly even, throwing myself into a maze of absolute mess and inner turmoil! I’ve learned a lot of blistering home truths about myself along the way. I’ve shed many layers but also wrapped myself in new ones. Discovered genuinely useful and wholesome mentalities to lead with, and I feel like I’ve finally found my feeling again. I’d go as far as to say that I’ve never felt more peaceful in my life[sic]."

WE RECOMMEND
Adele confirms going back to road to perform songs; unveils tour dates for '30'
As Adele releases 'Easy on Me', Drake extends support by giving sweet shoutout; See pic
Adele's new album '30' will explain her divorce to her young son Angelo, reveals singer
Adele drops exclusive clip of upcoming single 'Easy on Me' during an Instagram Live
Adele announces comeback with 'Easy on Me'; drops teaser video; WATCH
Listen to the latest songs, only on JioSaavn.com