Singer/songwriter Adele took to her Instagram and shared a photo with her boyfriend Rich Paul, making her relationship Instagram official. 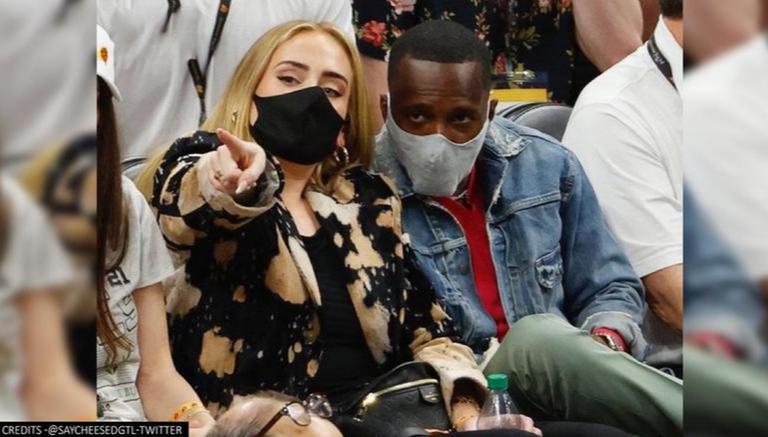 
Singer/songwriter Adele was rumoured to be in a relationship with Lebron James' agent Rich Paul. The singer has now made things Instagram official as she posted a cozy photo of herself with her boyfriend Paul. The duo has already been spotted together several times earlier, also in July, the two attended NBA Finals in Phoenix, Arizona together.

Adele took to her Instagram and shared a series of photos from her outing. The singer was seen wearing a black and white coloured gown while her beau Rich Paul opted for a black velvet blazer with a crisp white shirt. Adele accompanied the post with a heart emoticon in the caption. Adele was earlier married to charity entrepreneur Simon Konecki, the duo separated in April 2019 after nearly seven-year together and their divorce was recently finalized in 2021. The couple shares a son together.

Adele to release her fourth album on Christmas this year?

As per a report by Daily Mail, Adele is reportedly set to make a showstopping comeback in time for Christmas. The singer is planning to release her fourth studio album during a televised concert in Las Vegas.  A source told The Sunday Mirror, "It's been a long time coming but her label wants it released before Christmas and have their sights set on performance in Vegas. 'Adele and her management have been in talks with BBC America about broadcasting it around the world. This will be one of few performances as part of her promotional tour."

Adele released her third studio album, 25, back in 2015. It became the year's best-selling album and broke first-week sales records in the UK and US. 25 was her second album to be certified Diamond in the US and earned her five Grammy Awards, including Album of the Year, and four Brit Awards, including British Album of the Year. The lead single, Hello, became the first song in the US to sell over one million digital copies within a week of its release. It was the best-selling album worldwide of 2015 with 17.4 million copies sold.

READ | Adele's 'Hello' has a hilarious new mashup with Bobby Deol; check out

WE RECOMMEND
Adele to spend whopping 2 million pounds to build her new luxury mansion
Who is Rich Paul? Here are details of 'Hello' singer Adele's new boyfriend
Adele attends NBA finals with LeBron James' agent Rich Paul, sparking dating rumors
Adele to explore what she has been going through in new album: Reports
Rolling Stone updates '500 Greatest Songs of All Time'; Aretha Franklin tops the list
Listen to the latest songs, only on JioSaavn.com