Adele Opens Up About Her Divorce From Simon Konecki; 'I Was Sad And Devastated'

Singer and songwriter Adele recently opened up about how her life has changed over the past few years, especially since her divorce from Simon Konecki. 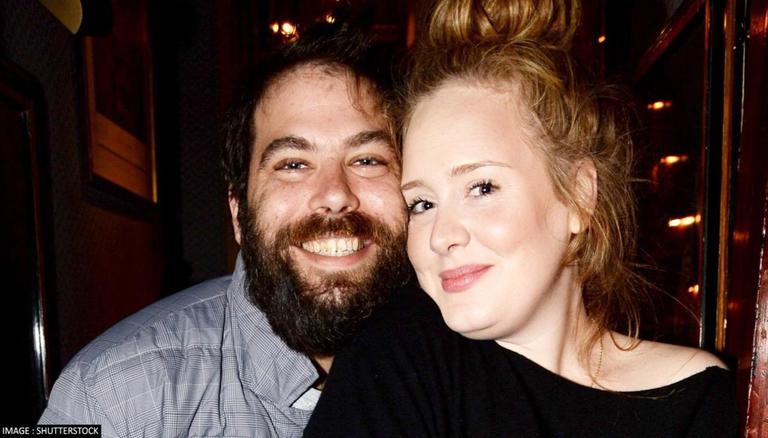 
Singer and songwriter Adele recently opened up about how her life has changed over the past few years, especially since her divorce from Simon Konecki. The singer admitted, in a new cover story for Rolling Stone, that her split from Konecki in the year 2019 and their eventual divorce 'devasted' her. She says that her private life becoming public was difficult for her to accept. She said that it 'really made her sad.'

In an interview with Rolling Stone, Adele talked about her divorce and revealed that it left her 'f****** devastated.' She told the magazine that she 'didn't really know' herself. She revealed that she did not like herself as she 'really didn't know herself.'

The 33-year-old added that her private life becoming public was quite difficult for her to accept. She recalled that it 'really made her sad.' She felt bad about 'having so many people that she did not know, know that she did not make it work' and this feeling 'devastated' her. She revealed she was embarrassed. Even though 'no one made her feel embarrassed,' she felt like 'she didn't do a good job.'

READ | Adele's 'Easy on Me' beats BTS; Breaks Spotify Record for Most Streams in a Day

The British singer relocated to Los Angeles post her split with Simon and became friends with people in the entertainment industry for the first time- including Nicole Richie and Jennifer Lawrence. She explained the friends 'humanised her because she had avoided talking to anyone that was ever famous in any capacity.' She elaborated that it was because she was like, "Well, I'm not famous. I'm very British like that."

Adele added that her friends 'never spoke about work, which was amazing.' She added that most of the time when she catches up with someone, they 'want to know all about her work' and she is like, "I don't want to talk about that." Adele is currently dating sports agent Rich Paul. The singer also got candid about dating in LA.

She stated that she did not like being set up for a blind date. She questioned if its 'going to work' as there will be paparazzi outside and someone will call DeuxMoi, a gossip site. Meanwhile, currently, the performer is gearing up for the release of her comeback album, 30, which releases on November 19. The album was delayed quite a few times owing to the novel COVID pandemic.

READ | Adele unveils tracklist for her much-awaited album '30'; to be released on Nov 19

WE RECOMMEND
Adele all set to feature in CBS special concert and intimate interview with Oprah Winfrey
Adele releases 'Easy on Me' from '30', her first album after gap of 6 years; Watch
Adele confirms going back to road to perform songs; unveils tour dates for '30'
Adele unveils tracklist for her much-awaited album '30'; to be released on Nov 19
Adele spills beans about divorce with Simon Konecki; says she 'wasn't happy'
Listen to the latest songs, only on JioSaavn.com