Adnan Sami received a special message from PM Modi on his milestone birthday. The singer-music composer also gave a glimpse of the celebrations. 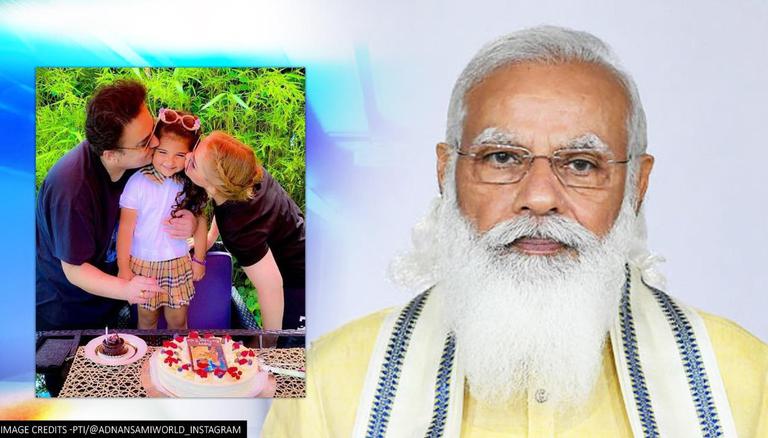 
Adnan Sami's milestone birthday as he turned 50 was in the company of his family. The singer-music composer enjoyed some heart-warming moments with daughter Medina and his wife Roya. Among the highlights on the occasion was Prime Minister Narendra Modi sending a birthday message.

It seems little Medina led the celebrations for her father as Adnan cut a delicious-looking cake that had an image of the father-daughter duo. Her special message for her father read, 'Happy Birthday Baba' on the cake.

There was also a smaller cake that seemed to be for Medina. In the pictures, it was the child who blew the candle and the trio cut it together, before treating it to each other.

The Lift Kara De artist wrote that birthdays were made of such 'precious moments'.  He also shared their conversation which included Medina asking what her was present for his birthday.

Not just netizens, stars of the film industry like fellow musician Salim Merchant conveyed his birthday wishes in the comments section.

Adnan also shared the digital message sent by Prime Minister Narendra Modi. The message, which had an image of the leader read, "Dear Adnan, wish you a very Happy Birthday. May this year bring more happiness and success in your life!' The artist conveyed his gratitude and love with folded hands, heart and hug emojis.

Adnan had made headlines days before his birthday as his current and previous country Pakistan celebrated their Independence Day. He reacted hilariously to a person who asked him to wish 'Happy Father's Day' to Pakistan. He replied that he would indeed wish, but on August 15.

However, when a Pakistani troll asked who was the 'Father' since Pakistan celebrates its Independence Day a day before India, Adnan shared that it was the neighbouring country that was 'born' while India got 'free.'