Adnan Sami gives it back to Pakistani trolls who commented on him celebrating India's Independence Day.

Singer Adnan Sami, who renounced Pakistani nationality to become an Indian citizen a few years back, is on the Twitter trends list in Pakistan. Reason? The singer is being trolled for changing his Twitter display picture posing with Indian flag.

READ | Adnan Sami's Reply To A User Asking, 'Why Don't You Tweet For Independence Day' On August 14 Is Unmissable

A user from Pakistan @mshafique asked Adnan Sami about his father's details and he gave it back to him by saying that his father was born in India and died in India. For those unaware, Adnan Sami’s father, Arshad Sami Khan, a Pashtun served as Pakistani Air Force pilot and later became a Pakistani diplomat and bureaucrat. He served 3 Presidents of Pakistan as their aide-de-camp. He then joined the Ministry of Foreign Affairs as chief of protocol. 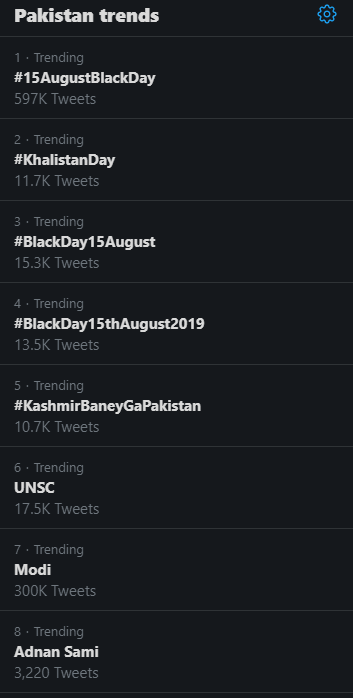 Sami was born in London to a Pakistani diplomat father and his mother was from Jammu and Kashmir. The singer relocated to India in the late 1990s and took Indian nationality on January 1, 2016 after giving up his Pakistani citizenship.

Really... Jinnah was not faithful to his motherland... What should we call him then?😉 https://t.co/BivMlau1y6 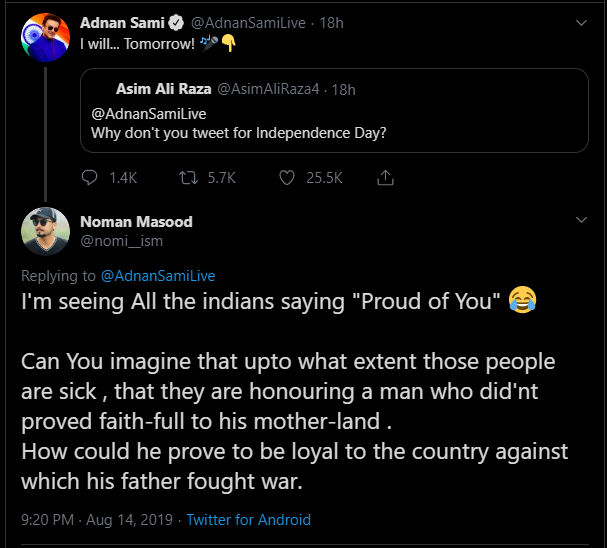 Similar to how Bachchan's profile was compromised, the group replaced Sami's profile picture with a photo of Pakistan Prime Minister Imran Khan and changed the bio, adding "Ayyildiz Tim Love Pakistan" with an emoji of Pakistani and Turkish flags.

The group had previously hacked Twitter accounts of actors Shahid Kapoor and Anupam Kher among others as well.

PEOPLE HAVE PLEDGED SO FAR
India vs West Indies: Shreyas Iyer reveals his thoughts before coming out to bat at a crucial juncture
PM Modi gets a 'planetary portrait' Rakshabandhan gift from his Rakhi sister Qamar Mohsin Shaikh
Justin Bieber left his ladylove Hailey Baldwin alone at Vanity Fair party for THIS reason
Lil Pump is ready to quit music, announces decision on social media; check out the post
Elton John in tears as he's forced to cut NZ show
Taylor Swift's father fights off a burglar to protect his 4 million dollar penthouse
Sona Mohapatra slays traditional wear like no one else & her pics are the proof
DO NOT MISS
NITISH KUMAR 'SUBSERVIENT': KISHOR
AMAR SINGH-BACHCHAN PATCH UP
NO COUP AGAINST BSY: BJP
PAWAR GIVES NEW TWIST TO ELGAR CASE
MUMBAI INDIANS WISH TENDULKAR
NEW BUFFALO RACER SHOCKS WORLD