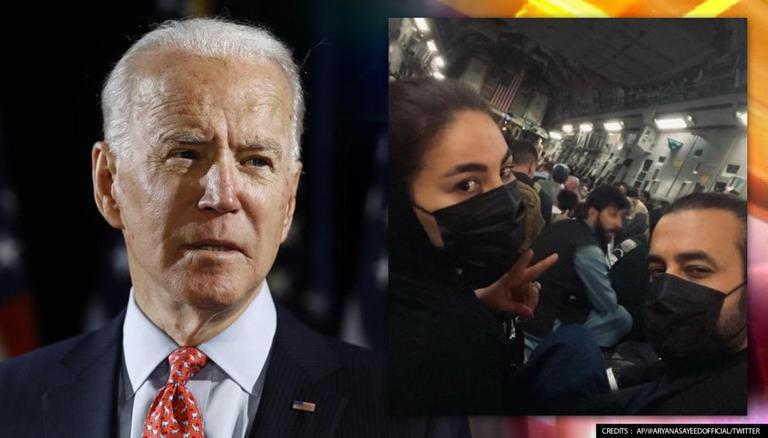 
Afghan pop star Aryana Sayeed sent out a strong message to the United States of America, expressing shock at the USA's hasty withdrawal from Afghanistan. The 36-year-old singer-songwriter took to Instagram to express her concern on the unfolding situation in the war-torn country she managed to successfully flee from and urged the USA to 'stop funding Pakistan', alleging that it led to the further spread of terror.

Singer Aryan Sayeed lashes out at USA amid Afghanistani crisis

Sharing pictures of Afghan locals as they ran for their safety or waited for relief, Aryana wrote, tagging President Joe Biden and the United Nations, on Instagram that she could not believe they left Afghanistan 'in chaos.'

The Afghan singer said that taking a few thousand civilians and American citizens out of Afghanistan was appreciated but it "won't solve the problem," and sought to know how millions who were "left behind in chaos", and those "displaced with no shelter, no food to eat and nowhere to go", could be helped.

Sayeed also asked the USA to 'stop funding Pakistan', stating that it would "produce more terrorists" and "send them off to Afghanistan in the name of AL-QAEDA, ISIS, TALIBAN. (sic)"

Sayeed was among Afghans who were able to flee the country amid the Taliban's takeover. She landed in the USA after four days of travel and exhaustion. Sayeed informed that she was safe, but expressed her concerns about those who could not be in the same situation as hers.

"Wanted to let everyone know that we have finally landed in 🇺🇸 after 4 days of travelling and exhaustion. Far from home but we are well, safe and extremely grateful … and yet I simply cannot stop thinking about our people and those who did not have the same option as me and many others to get to a safe location," she had shared on social media.

READ | Afghanistan: US warns of IS threat amid Taliban takeover, activates CRAF for evacuation

Previously, she had posted an image from a crowded aircraft while departing and then reaching Doha, Qatar, where she was seen awaiting her flight to Istanbul.