Alicia Keys is currently gearing up for the release of her album, ‘Keys’ and had some exciting news for her fans and all music lover out there. 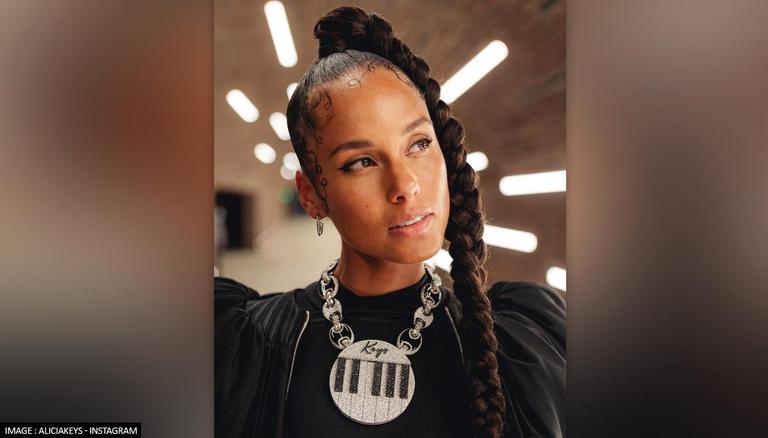 
Alicia Keys is currently prepping for the release of her album, Keys and had some exciting news for her fans and all music lover out there. She revealed that the upcoming album would have two versions. She mentioned that each side would be different in terms of its vibe and beats.

According to reports by Billboard, Alicia Keys took to TikTok on Tuesday and revealed that the new album would have two versions. She mentioned that the first side of the album, Keys would feature 'original versions with laidback piano vibes', while the flip side would have 'upbeat, drums, level up vibes'. The first version will be produced by Keys herself and the second will be a collaboration with Mike Will Made It. The upcoming album will be the follow-up to the 2020 album titled Alicia. Sharing the news on Twitter the musician posted a short video featuring herself as she wrote, "The Album. 2 Sides. 2 Versions. Original and Unlocked Coming Soon."

The singer recently reviewed a song from the album, LALA and performed it for the first time at the 2021 VMAs at a live performance. The performance also featured Swae Lee and the duo brought the house down with their set. She shared glimpses of the song on Twitter and wrote, "Have you watched??? Pure vibes!! Don’t miss the zoneeeeeeee."

Apart from the release of the music album, whose launch date has not been revealed yet, the singer is also venturing into something new. She recently announced that she will be turning into an author with a young adult graphic novel titled, Girl on Fire. Set to release next year on March 1, the book will be all about a 14-year-old, Lolo and her telekinetic superpowers.

Alicia Keys' musical talent continued to leave fans across the world in awe, but the singer also recently uploaded a video of her son, Egypt Daoud Dean 'making magic' on the keyboard. She mentioned she was his background singer and loved being part of his practice sessions. In the video she posted, she can be seen smiling at her son with pride as he played the instrument.