South Korean boyband ATEEZ has made an impactful comeback with their seventh mini-album ZERO: FEVER Part 3' on September 13. Read on to know more details. 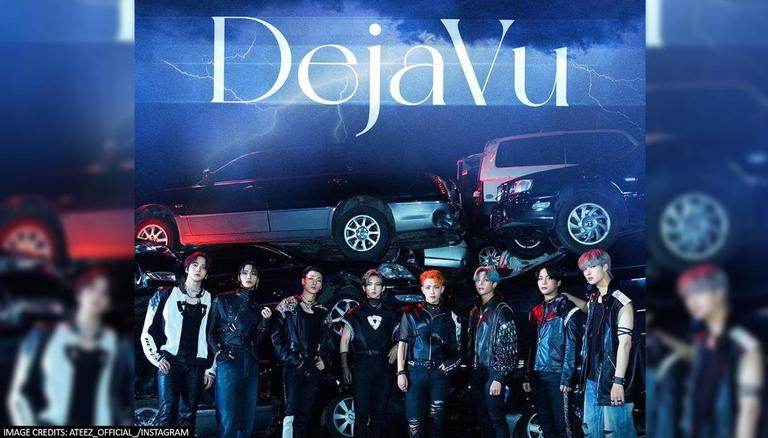 
Dubbed as the Global Performance Idols, South Korean idol group ATEEZ has released their seventh mini-album ZERO: FEVER Part 3 on September 13 with the highly anticipated track Deja Vu. The album comes six months after the release of Zero: Fever Part.2, which managed to top several musical charts in South Korea. Excited about the release of the album, the members, namely Hongjoong (Leader), Seonghwa, Yunho, Yeosang, San, Mingi, Wooyoung, and Jongho dished about the preparation of the comeback. The group also shared details on their latest collaboration with renowned star  Kim Jong Kook and a capella group Pentatonix.

The frontrunners of South Korea's K-pop boom, ATEEZ has finally released the much-awaited new album ZERO: FEVER Part 3 on September 13. They also released the music video of its lead single titled Deja Vu on the same day. Ramping up their intense theme, the band delivered a bold and fierce performance in the lead single. Talking about the release of their seventh mini-album, the leader of the band Hongjoong admitted feeling 'excitement and nervousness.'

According to a report from Soompi, the band conducted an online showcase where they talked about the preparation of the album. The leader continued, ''I spent the night in a feel-good kind of excitement. Unlike when we first debuted, we were thinking about our team colour and direction, so although I was excited, I was also nervous. But I plan to have fun kicking off our promotions.''

Seonghwa expressed his happiness as the band stood on the stage as a team for the first time after ‘Kingdom: Legendary War and revealed that the band focused more on the details for this comeback. Yunho stated that he felt 'exciting and nerve-racking' and happy for the teaser's positive response. Yeosang added, ''It’s our first comeback in six months, so I was mostly excited and happy to think that we would soon meet our fans.''

Touted as the main dancer of the band, San said, ''During these album promotions, I want to hear that ATEEZ isn’t limited to a certain spectrum.” The youngest member of the group, Jongho chimed in by saying, ''We will work hard to showcase music and performances that won’t disappoint the fans who waited for us and that we’re proud to show before the general public.''

Prior to their comeback, the idol group had a collaboration with the renowned actor and singer Kim Jong Kook and the American pop group Pentatonix. Yungo, Jongho and Mingi expressed their delight in getting the opportunity to work with the experienced stars as the latter said, ''I first dreamed of becoming a singer when I saw Kim Jong Kook.''