Billie Eilish After 2021 MTV VMAs Win: "We Need To Protect Our Young Women At All Costs"

Singer-songwriter Billie Eilish sent out a powerful message after her 2021 MTV VMAs win as she urged the need to protect young women at all costs. Read on. 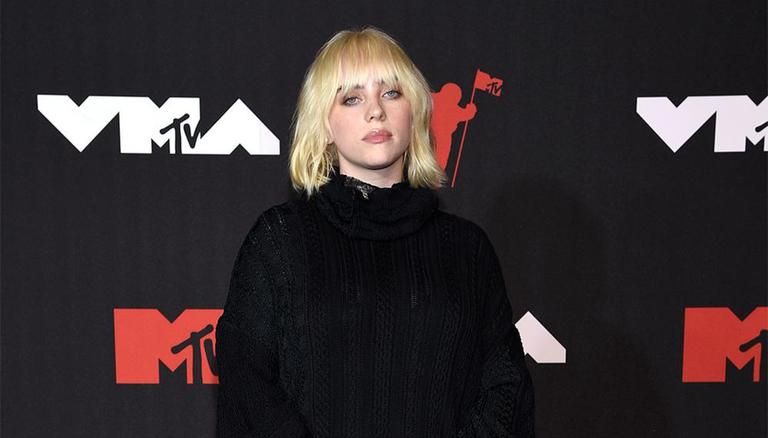 
Billie Eilish sent out a powerful message after bagging the Video for Good award at the 2021 MTV Video Music Awards on Sunday. Taking from the message from her song Your Power, the singer-songwriter stated that there was a need to protect young women. She added that it was important that there was no abuse of power, as mentioned in the lyrics of her song.

Billie Eilish made the statement during her acceptance speech in which she also stated that her award-winning song was completed after wishing to write it for a long time. She received the award from one of her idols, Avril Lavigne.

"If I was gonna say anything about this song, I feel like I was trying to write this song for a really long time and then I finally did," Eilish said.

"We need to protect our young women at all cost, and we also all need to remember that we all have power and we have to remember to not abuse it," she said.

The song Your Power dealt with abuse, consisting of a mention of a person who was a 'hero' before becoming a 'devil'. 'How dare you? And how could you?' reads one of the lines in the song, repeated multiple times.

Eilish also bagged the Best Latin award for the track Lo Vas a Olvidar, where she collaborated with Rosalia. She was also nominated for the Best Pop award for Therefore I Am. The song also fetched her a nomination in the Best Cinematography category.

The song Your Power was also in contention for the Best Direction award. She was also nominated for the Song of Summer category for Happier Than Ever.

The other winners of the night included many familiar names-

Video of the Year - Lil Nas X: Montero (Call Me by Your Name)

Artist of the Year-Justin Bieber

Group of the Year: BTS

WE RECOMMEND
MTV VMAs 2021: Billie Eilish, Megan Fox, Travis Barker and more to present awards
Will Billie Eilish be performing at the Billboard Awards 2021? All you need to know
Billie Eilish receives backlash for 'I love girls' post; gets accused of 'queerbaiting'
Billie Eilish reveals her inspiration behind new album 'Happier Than Ever'
The Met Gala 2021 theme is 'In America: A Lexicon of Fashion'; know what it's all about