BLACKPINK And Rolling Stone To Come Up With A Special Project? Here's All You Should Know

Girl group BLACKPINK is collaborating with Rolling Stone Magazine for an upcoming project, details of which were recently teased on social media. 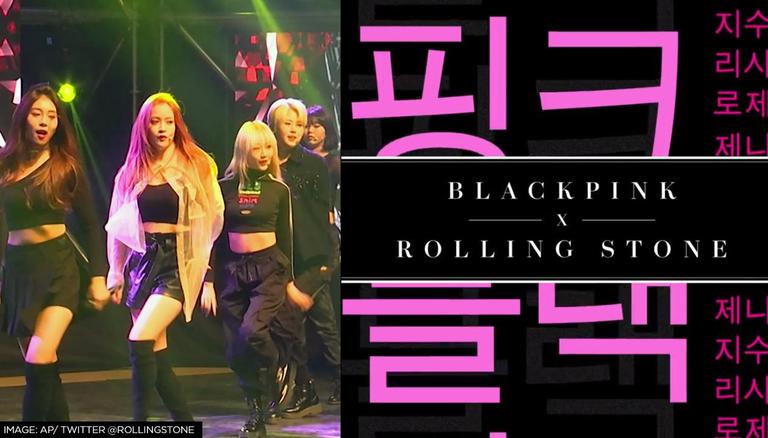 
One of the biggest pop groups in the world, BLACKPINK is collaborating with Rolling Stone Magazine for an upcoming project, details of which were recently teased on social media. The Twitter handle of Rolling Stone shared a poster which mentions that their collaboration, which is being worked on in Los Angeles, New York, Mexico City, Sydney, Bangkok and Seoul among others, will begin soon. As per the information, fans will witness a whole week filled with fun content.

BLACKPINK and Rolling Stone to come up with a special project?

Taking to their Twitter handle recently, the magazine dropped an update on their collaboration and mentioned, "#BLACKPINKxRollingStone begins Monday. How you like that?." They also added the link to  Rolling Stone's virtual store, hinting that some printed material will also hit the shelves. In case BLACKPINK appears on the magazine's cover, they would become the first Asian girl group and third girl band to be given this honour in the history of the main magazine. Earlier, girl groups Spice Girls and Destiny's Child have been given this recognition.

According to Allkpop reports, Rolling Stone journalists have billed the collaboration as a "secret that was torture to keep for months" and "something really big."

Earlier this year, the four-member group BLACKPINK consisting of Jisoo, Jennie, Rosé, and Lisa, announced their highly awaited comeback after a two-year hiatus. The girl group debuted in August 2016 with their single album Square One, which was formed by YG Entertainment. Over the years, they've broken several records and garnered the number 13 spot on Billboard Hot 100 list with the track Ice Cream.

They peaked at number 2 on Billboard 200 with The Album, which became the first-ever album by a Korean girl group to sell more than one million copies. Their tremendous popularity also led to the band collaborating with prominent artists like  Dua Lipa, Lady Gaga, and more. Meanwhile, reports have also suggested that BLACKPINK will make their comeback in the 3rd quarter, while they are set to continue their activities with a tour in the 4th quarter. Fans have been rooting to see them onscreen.