Blackpink's Lisa recently shared an unboxing video of her latest '0327' photo book on her Youtube channel 'Lilifilms.' Find out how her fans reacted.

Blackpink member Lisa has recently published her second limited edition photography book which is now ready to pre-order. The 216-page photo book is a collection of photographs that she has clicked with her camera and is titled '0327' which is her date of birth. The K-pop singer who recently started her Youtube channel Lilifilms recently shared a video of her unboxing the photo book for her fans.

Lisa's unboxing video of her 0327 photobook

In the video shared on Lisa's youtube channel, the K-pop singer gave her fans an exclusive peek into her latest photo book '0327' so that her fans have an idea of what they can expect from the photobook. She shared that she is very excited for her fans to get their hands on her book as she has been involved in every phase of the process from preparation to curation to design even with her crazy and busy schedule. The video starts with Blackpink's Lisa greeting her fans and sharing that this is the first time that she has seen her photo book in its packed form.

She goes on to unbox the package and gives her fans a close-up view of the first page of the photo book which has two pictures of Lisa herself. She then flips the pages and starts giving back stories of some of the pictures in the book and gives out information like where the picture was clicked, who she was with, funny anecdotes and a lot more. She also revealed that her photo book will also have stickers and disposable cameras for her fans and some autographed pictures as well. She ended the video by asking her fans for suggestions about what she should refer to her fans as and also added that she is new to Youtube and is slowly learning how to work around it.

Lisa's fans were excited to catch a glimpse of her limited edition photobook and showered her with love and praises by writing, "how can someone be so perfect" and calling her photobook "beautiful." A major chunk of her fans commented that Lisa should refer to her fandom as lilies with other netizens also chiming in with agreement. Take a look at some of the fan comments below: 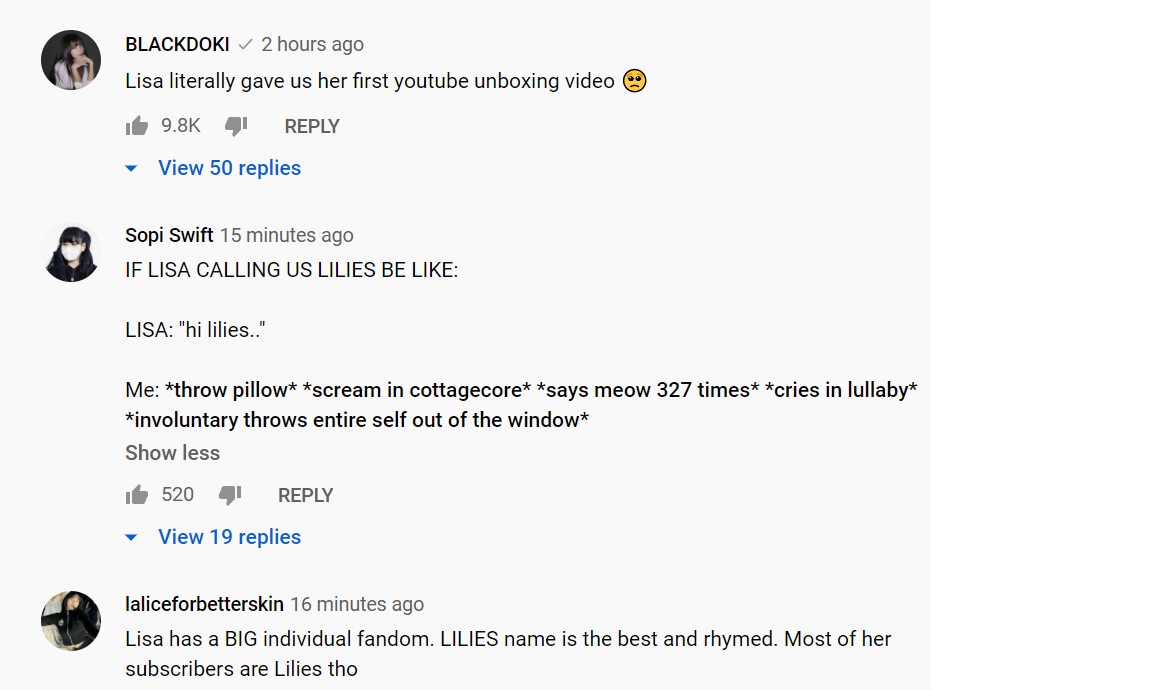 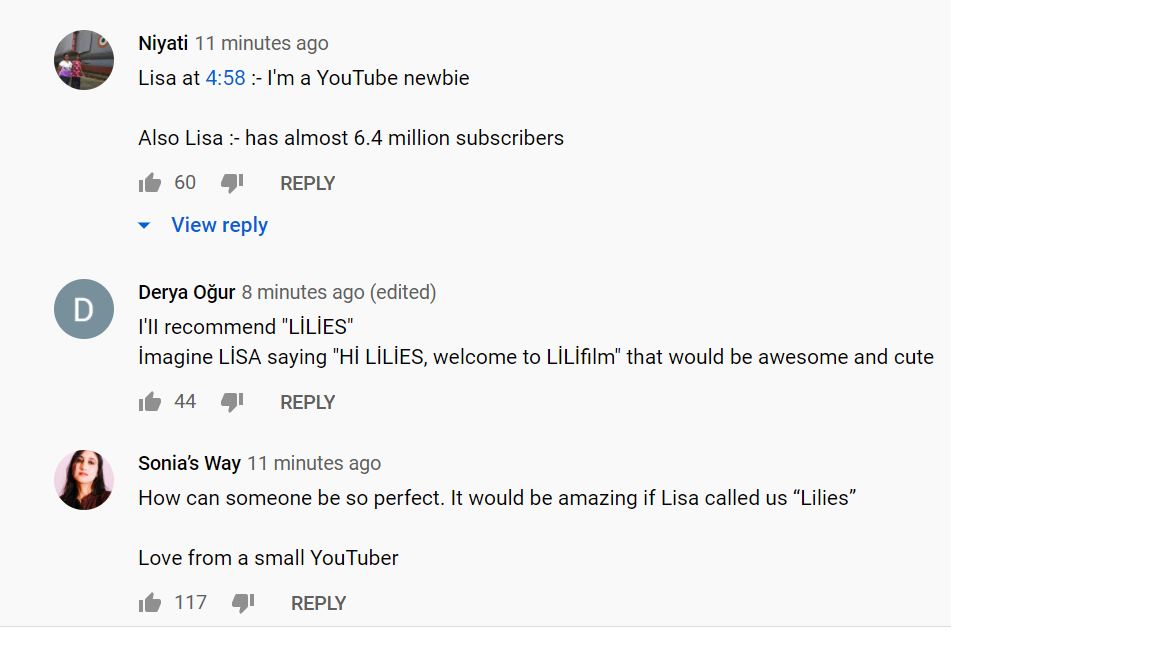 Lisa is a member of the popular K-pop band Blackpink and holds the position of being the lead dancer of the group. Although she sings and raps as well it is her dance moves that made her famous. The band consists of four members - Jisoo, Lisa, Rose and Jennie.  Their songs Kill This Love and How You Like That gained millions of views and set the record for the most-viewed music video within the first 24 hours of release. They are the first all-girl band that made their way to the top in no time.