Britney Spears and Sam Asghari recently made their engagement public. The duo celebrated the milestone in their relationship with Fay Asghari, Sam’s sister. 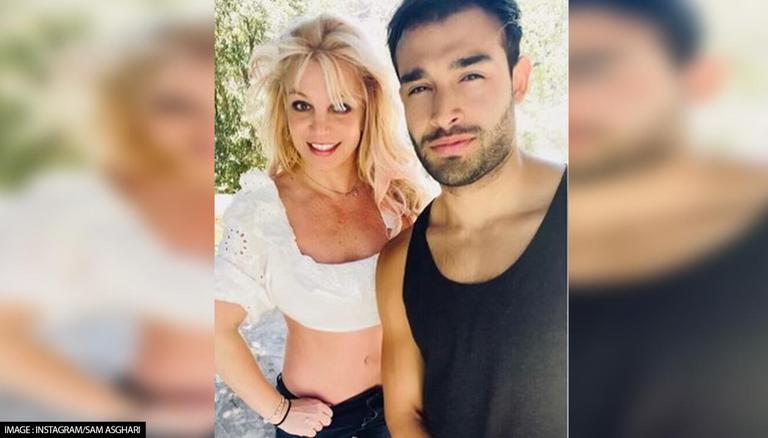 
Britney Spears was recently in the news after her engagement to her fiance, Sam Asghari became public. The duo recently celebrated the milestone in their relationship with Fay Asghari, Sam's sister. Fay then took to her Instagram account after the celebration and congratulated the two on their engagement with a picture of herself with them.

Britney Spears recently made headlines after she won her conservatorship battle against her father James Parnell Spears. She and her beau, Sam Asghari made their engagement public earlier this month and fans have been over the moon after hearing the news. The duo then celebrated the occasion with Sam's sister, Fay Asghari, as she posted a picture with the three of them on her social media account. She extended her best wishes to the 'love birds' on their engagement and mentioned that she was extremely excited for the 'new chapter' the two are about to embark upon. She wrote, "Congratulations to these love birds on their engagement 🕊❤️ I’m so excited about this new chapter in your life! Love you both."

The Britney Spears-Sam Asghari duo is currently enjoying a vacation together. They have both been active on their respective social media accounts and are giving their fans and followers glimpses into their holiday together. The two are enjoying a seaside vacation after Spears' big win in her conservatorship battle. The most recent update on the case is that on September 29, Los Angeles Superior Court Judge Brenda Penny made in a ruling that it was in Britneys 'best interest' that her father be suspended from the legal arrangement he put in place back in 2008 and controlled major aspects of his daughter's life.

The trailer of the upcoming Britney Spears documentary, Britney Vs Spears recently made the rounds ahead of its premiere on September 28. The Netflix documentary gave viewers a glimpse into the singer's audio recording of her June 23 testimony where she pled before a judge to get her life back. The documentary gives the audience a glimpse into the struggles and obstacles she faced in her conservatorship battle.