BTS' singer and songwriter V has recently been making headlines after the news about his debut at Paris Fashion Week surfaced online. 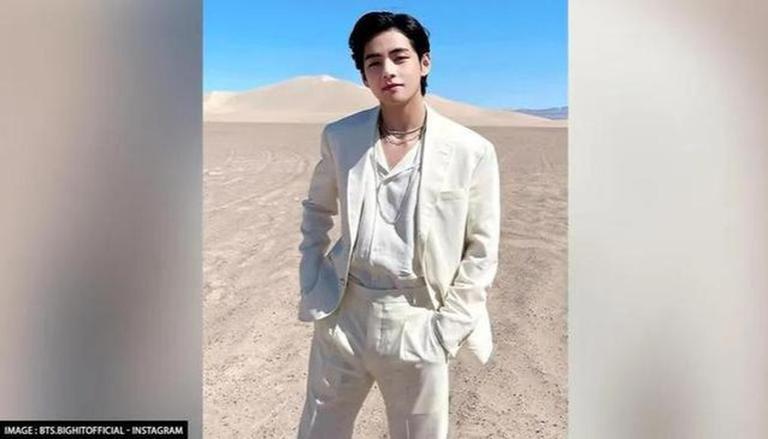 
The popular singer-songwriter from the South Korean boyband BTS, V has recently been making headlines after the news about his debut at Paris Fashion Week surfaced online. As per reports by HITC, V is all set to attend the Men’s Collection show of Celine’s Spring/Summer 2023. The BTS ARMY took to social media to congratulate and send their best wishes to V, also known as Kim Taehyung.

The popular singer and songwriter is often hailed for his fashion sense and is now gearing up for his Paris Fashion Week debut. The publication reported that V would be at luxury brand Celine’s Men’s Collection show on June 26th, at 9.30 PM in Paris, which is 4.30 AM KST and 1 AM in India. It has also been reported that the Record of Youth and Love in the Moonlight star Park Bo-gum would be joining the singer in Paris. A report by Sportskeeda also mentioned that Blackpink member Lisa is expected to be in attendance at the event as well.

Several members of the BTS ARMY have taken to social media to celebrate V's milestone. They hailed the youngster for 'achieving his dreams' and mentioned that they were 'beyond proud' of him as he gears up to attend Paris Fashion Week. They were sure the artist would make history at the prestigious event and mentioned they 'can't wait' to see him at the international event.

Step by step, Kim Taehyung is now achieving his dreams and one of them was to attend the Paris Fashion Week which the brand CELINE itself confirmed. So happy and beyond proud for Kim Taehyung

VxCELINE #V_ChristmasTree My choice for Billboard top trending song is #ChristmasTree by #V of @BTS_twt https://t.co/tbiwJIxTnJ

A glimpse from a video has now resurfaced in which V set a goal to attend Paris Fashion Week in 2015 itself. As per a report by Koreaboo, the singer was seen setting a goal for himself during the group’s Season’s Greetings as he said, "I’ll go to the Paris Collection Show. I have to go for a week." This is another reason why the ARMY is proud of him, as he is making his dreams come true. A netizen wrote, "TAE IN 2014: "I'll go to the Paris Collection Show" while writing his goals/plans for 2015. 2022: Tae attending Celine's Men's Summer 2023 Fashion Show. Tae finally made his dream come true, I'm so so proud of him."

Watch the video of V setting his goal here

Tae finally made his dream come true,
I'm so so proud of him♡🤧