Today, July 09, 2020, is the seventh BTS ARMY Day. On this day, seven years ago, BTS' ARMY received its name after a popular fan vote on social media. 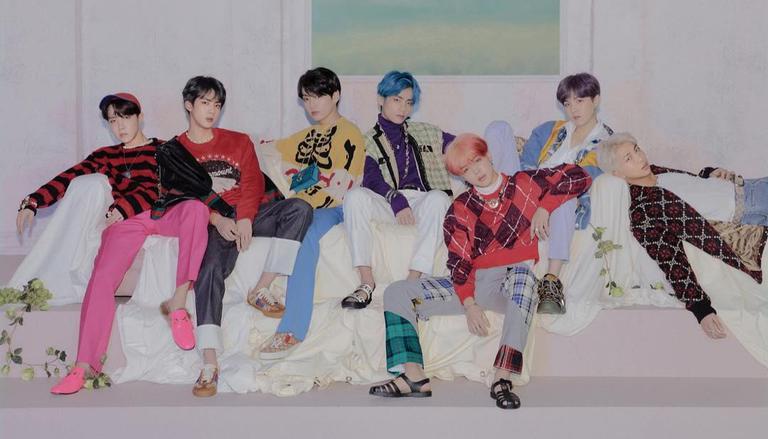 Today, July 9, 2020, is the seven-year anniversary of the BTS ARMY, also called BTS ARMY Day. Seven years ago, on this same day, BTS chose the name of their fanbase. In 2013, after holding a fan vote, BTS announced the name of their fandom as the ARMY. The revealed that the full form of the ARMY was "Adorable Representatives and MCs for Youth". On this day, fans of BTS celebrate the origin of their fandom name and also enjoy some amazing music by BTS.

Here is how BTS fans celebrate the BTS ARMY Day

To celebrate BTS ARMY Day, fans take to social media and share their experience with the beloved Korean band. On July 09, some fans share what they learnt from BTS band members and reveal details of how BTS affected their personal life. As this year is the seventh anniversary of the BTS ARMY, fans are creating a new song titled 7 Reasons. The song was supposed to release on July 9, at 12.00 am KST. After a slight delay due to technical issues, the song was released on Youtube.

The ARMY also share BTS quizzes and share trivia about their favourite band. Fans also share Selca pictures, which are selfies that mimic popular poses from BTS band members. Below are some fans who are celebrating BTS ARMY Day on social media.

Tell me Armys if there is someone who loves you more than them?i guess no one so love them as much as they love us💜
Love seven of them#FindYourPurple #BTSARMY @BTS_twt pic.twitter.com/ds802lscmb

They posted on weibo! We're being so blessed today army's! Thankyou @BTS_twt for making us extra happy on our special day! Happy anniversary to us army's! Let's continue our journey together with the boys enternally 🥺💜#BTSARMY #ARMYDAY pic.twitter.com/2k9lCaV8jJ

To #BTS: “You and I will keep fighting for our dreams together... I promise”-#BTSARMY